C. Wright Mills popularised the idea of the sociological imagination, the central idea being he “felt that the central task for sociology and sociologists was to find (and articulate) the connections between the particular social environments of individuals (also known as “milieu”) and the wider social and historical forces in which they are enmeshed.” In many respects this means observing humans as actors within small ecosystems with feedback loops and risk/reward systems. It’s common to take this perspective when analysing society through the Game lens. It’s also interesting to zoom out on a meta-level and apply it to the community itself.

The original meta-frame of Mystery/Style/DavidDeAngelo-era Game was pretty simple and sometimes explicitly stated: young beautiful women have a higher SMV than men and thus efforts must be made to bridge the gap until a small window of opportunity arises where relative values are close enough to open her legs, at which point you close. That gap can be bridged by chipping down her value with negs, raising you value with routines / preselection, or even controlling the environment to provide your own pedestal (such as entourage game). Consider the ecosystem from which this frame arose.

Reading through the seminal The Game book it’s obviously not the story of the world’s coolest seducers clacking scores of hot women. The 2002 community was the story of nerdy losers tired of having their heads flushed down the toilet at school and decamping to LA to circle-jerk. A LAN party without the computers. They’d then go out every night and feed women social fuel, considering a success any interaction that doesn’t involve getting laughed at and their head flushed down the toilet. These were insecure men with very low expectations. Hardly anyone gets laid in The Game and the two hottest chicks are a thoroughly unpleasant and mediocre Katya (Mystery’s oneitis) and a vile mannish trollop (Style’s eventual oneitis). Look at the women the original gurus date and you’ll see low expectations written all over the project. I’ll call this Aspy Game and it’s characterised by:

I don’t mean to deny this phase had value (I still rate Mystery’s original book as a core text) but it’s quite clearly an infant discipline, somewhat analogous to the functionalism movement in sociology (try reading Talcott Parsons to see the same mindset in action). The main outcome and undeclared purpose of the whole meta-frame is to depersonalise and externalise Game. It is something outside you.

Action leads to reaction so by the mid-2000s there was the pushback and phase two being the RSD-led hippy touchy-feely natural game. This is roughly analogous to the ethnomethodology / interactionist movement in sociology that sprung up in the late 60s. They rejected the cold impersonal system-building of the functionalists and zoomed in on the energy flow and symbolism of small-scale social action. The meta-frame of Mystical Game is that we are all in our heads, these structures don’t really exist but are illusory and constantly renegotiated between the participants. It’s characterised by:

This is quite understandable as a reaction to Aspy Game as those dedicated original LA nerds had internalised the lessons of 2002-era game well enough to jettison their original low expectations and look for the next plateau-busting themes. Tyler explicitly explains their motivations in the first hour of The Blueprint Decoded. The big problem with ignoring the real world of value and social structure, however, is it bites you in the ass. RSD-types are weird cultist self-helpy schlubs (e.g. Roger) or embarrassing awkward social violators (the Beasts). Denying reality is a fast-track to disappearing up your own arse. 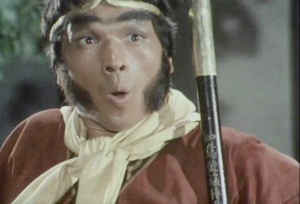 An Eastern guru worth following

Towards 2008 we got the next wave, the meta-frame of Alpha Asshole. Social structure was back in focus but with conflict at its heart. The 2002 guys viewed themselves as outsiders in a system they otherwise mostly accepted as legitimate – functionalists are interested in the forces that keep society functioning. The 2008 guys are more like the Marxists of sociology (ironically) in which society is by nature antagonistic, full of competing interest groups jostling for advantage (men, women, feminists, MRAs, white knights, betas, douchebags, bad boys, nice guys, cougars etc). The Alpha Assholes describe the faultlines of social conflict and then advise how to secure membership of the likely winner – the aloof game-adept alpha bad boy. Like most social theories you can quickly understand it’s flavour by looking at the time and place it developed – east coast metropolitan America – and the men who created it – early middle-age white professional men. The meta-frame is characterised by:

I think this wave will run its course soon. The internet is a fast-moving place and literally hundreds of blogs are rapidly mapping out the territory until there’ll be nothing left to say within that paradigm. It’s also gradually being replaced by the latest meta-frame of Galt Game. While the Alpha Assholes are learning to work the Western niche to score skanky bar pussy, ever-increasing numbers of men are looking to redesign their lives to insert themselves into favourable environments (e.g. ex-pats) and to unplug from the corporate grind. Mostly a younger generation who completely missed 2002 and 2006 Game these men don’t aspire to the white-picket fence respectability of their grandfathers. The meta-frame is characterised by:

It represents an individual solution of “how do I get mine” rather than still holding on to the male role as a provider, protector and participant in public life. The big weakness with Galt Game will come down to age differences – it’s quite easy for a 35 year old man to shake off the parasites and live as an international man of mystery. He has already spent his 20s building a marketable career skill (or his own business) and developed fluid intelligence. 35 years of accumulation can now be cashed in. A 22 year old boy seduced by the same freedom porn is like a 19 year old hottie seduced by the cock carousel, unaware that the ride has to end. What is fresh and exciting at 22 is often loserdom at 35. Galting your way through your twenties without an accumulation phase will lead to:

That’s the glass-is-half-empty version for young kids to avoid. The glass-half-full-version is very satisfying indeed. I don’t mean to disparage any meta-frame unduly. It simply interests me to see the long-term trends in social thought and how they develop. One characteristic of the wise man is his ability to step back and understand not just the rules of the game but who created those rules and whose interests they serve.