Another day, another Serb.

The Lord’s year of 2012 has been an interesting one in my upward ascent towards achieving the success with women that I’d like. Scanning back through my voluminous archives a keen observer could characterise 2009 as my Beginner’s Hell. That’s when I first learned about Game and committed to a program of cold approaching and skills acquisition, self-consciously trying to become a PUA. I didn’t get laid at all in 2009, running around like the kind of clueless dickhead I now make fun of. It was a rough year and by far the longest dry spell of my adult life. I rang in 2010 by knobbing a chubby black chick I’d brought home after a New Years Eve party, my first game-inspired lay. You could characterise this second year as being my transition from chode to pussyhound, hardly an honourable title but the rewards had begun to trickle in. From May that year I began a one-year spree of knocking over at least one new girl every single calendar month, none of them rotters. I was obsessed with chasing women, reshaping my whole life around it, determined to “get this area handled”. 2011 continued the batting streak but with a notable jump in quality and also a jump in the fun I was having. Inner game work was paying off and reference experiences piled up. I no longer felt broken inside. My personal version of game was fine-tuned to get the women I want in the way I want them. 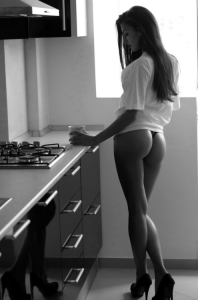 What I want, where I want it

2012 has been my year of maturity…. to the extent that banging a load of women and then posting about it on the internet can be called mature. This year has slightly edged out 2011 in both quantity and quality but with a work rate far far below the previous three years. Pulling a random number out my arse, I’d say I’ve churned out only 30% as many approaches I did in years 2010/11 and about the same fraction of dates. I’ve focused on lifestyle choices (non-girl related) yet somehow managed to score younger-hotter-tighter with only a fraction of the effort. Now this new Serb girl let me close out the year with a bang (so to speak). Hottest girl of the year. Pull up a chair, ease into your favourite slippers, and I’ll recount the tale…..

As an international man of mystery I take great pleasure in wandering the globe, setting up little hubs of familiarity where I can retreat when London life tires me. Lithuania and Croatia top my list but I’m on the lookout for others. While driving around the former-Yugoslavia in April Jimmy and I squeezed in a day in Belgrade. It seemed promising so I went back with Bhodi and Robusto for a week in July, knocking over a local girl and getting some hot leads that justified a return. Return I did, somewhat tramuatising another local girl and it was then, in September, that I met Giraffe.

Add a little puppy fat and that’s her

Giraffe is a sweet young student with long long legs and smooth clean lines. Quite the head turner, my head was turned as she walked down the main shopping street so I gave chase and ran my usual street patter. She’s the kind of girl who is so striking that it’s easy to bail out assuming she’s too hot, but 2012 is the year I came to really feel I am the best offer a girl will ever get. I took a number then had a Day 2 later that evening and spent most of the next afternoon (my last) walking the riverfront. No kiss.

This presents a problem best solved by Long Game. Much of my early Facebook stuff on this blog went nowhere, clumsy attempts to stumble in the dark as I figure out how to use the medium. By the time I get Giraffe online I’m working to a well-practiced system so we are soon sex-chatting. Concurrently, I have another Serb in a holding pattern (also beautiful) so I apply myself to setting up a Belgrade visit for November. It’s a logistic and frame control nightmare to handle the following problems:

Things eventually get to a point where Serb B has gotten permission from her parents to visit Belgrade so she will spend Friday and Saturday with me. Serb A will clear her Sunday for me. Because I rate both girls highly (solid 8s, and very pleasant people) I’m not looking for a pump’n’dump. Also, being somewhat chastised by my experience with the previous Serb (Dancer) I really hope things will go well into the medium term. I tell both girls I’ll be meeting other friends in Belgrade and Zagreb hence my narrow window of availability, keeping it vague.

Three days before the trip Serb B bails, saying her parents revoked permission. I’m not impressed and tell her as much. It’s one thing to be easy going and “nothing is ever a big deal” but quite another when you explicitly tell a girl you are coming to visit her specifically, she agrees, you buy a ticket, then she bails. I tell her we shouldn’t talk to each other again. It’s not just a gamey push-away (though it works to that effect), I’m no longer willing to put myself out for this girl. She’s obviously in a spin over the whole situation and ends up confronting her parents and compromising with a daytrip (Saturday)…. but I have a new headache because I’d since told Serb A I have all weekend free…… I fly into Belgrade considering the following as an acceptable holiday-success scenario:

I needn’t have worried.

Right from my arrival, Giraffe is well into me. She’s cleared her diary completely so as to spend every minute with me. Early afternoon she meets me at my apartment then we head out for lunch at a lovely old bistro where I’m buzzing with positive energy. She looks great, the vibe is great, and I just love being in downtown Belgrade eating good food and sipping local coffee. I do a little kino testing, playing with her hair and fingers, then we mutually suggest returning to my apartment to sleep off the food. Lying next to her on the bed, fully clothed, listening to Spotify, I’m still acutely aware we haven’t even kissed. How difficult is this woman? You lose nothing as a man by pushing so I pull her in and kiss close. She’s enthusiastic so I keep pushing. There’s a few mutterings of “this is fast” and “we should slow down” but within twenty minutes I’m banging her.

Glory be, praise the Lord! It’s such a fulfilling experience to look down at a beautiful young woman writhing and moaning underneath you, knowing it’s all happened because you saw her in the street and made it happen. Lovely girl, great fuck. We chill out for another hour or two, have a nap, then more of the same. We spend most of the weekend together in cafes, fancy restaurants, and walking by the river. It fits my image exactly of the kind of guy I want to be, living the kind of life I want to live. Dozens of times over the weekend I find myself looking at her nuzzled up in the crook of my arm with a satisfied smile, padding around my apartment in her underwear singing, on my arm in the street as the locals give us inquisitive looks, and think “fuck me, I’m really living this”.

Fuck me, I’m really living this

Saturday lunchtime I send her home for a few hours so I can meet Serb B. As I wait in a cafe off Republic Square I’m wondering where I’m at. Mostly I’m gratified that I didn’t get player ennui with Giraffe. Even in the ten minute window after shooting my muck over her (usually my extreme low point of interest in a girl) I felt satisfied having her around, a feeling I interpret to mean the quality and suitability of the girl is crucial to me and yet another reason not to bang rotters. My thoughts turn to Singer and whether it’ll be the satisfaction or the ennui with her, and how interested canI be in a girl I only saw while drunk one night? Then she glides into the seat next to me and all doubts vanish – she’s lovely. Beautiful, elegant, immaculately dressed… she’s like a Serbian Kate Bush. Far more chatty than Giraffe I get a completely different (and just as pleasant) vibe as we progress to lunch. She won’t come into my apartment and is quite pressed for time so we walk around the old fort. It’s really quite romantic, enough to warm the cold hard rock I have for a heart. 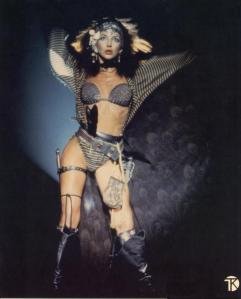 I put her in a taxi knowing full well this is proceeding nicely. It’ll have to wait a while, but this girl will be part of my 2013. I see out the remainder of the weekend with Giraffe then jet home on Monday with a rucksack full of fine whiskey and a heart full of song. Life is good.