It’s been a busy period for little ol’ Krauser. Not properly busy the way you dear readers have it, what with real office jobs and proper friends and stuff. But, as a man who spends most of his time sitting on his increasingly toned ass, I can assure you that the past two months felt busy.

I coached three residentials. One guy got laid twice. Another got two notches on the same day! Now, don’t take that as a Residential Training Lay Guarantee but it’s nice to know the old Krauser Magic has its effect. I think we can all agree on that.

I did The 21 Convention, as noted in an earlier post. Look at this photo from it. Rather spiffing, no? 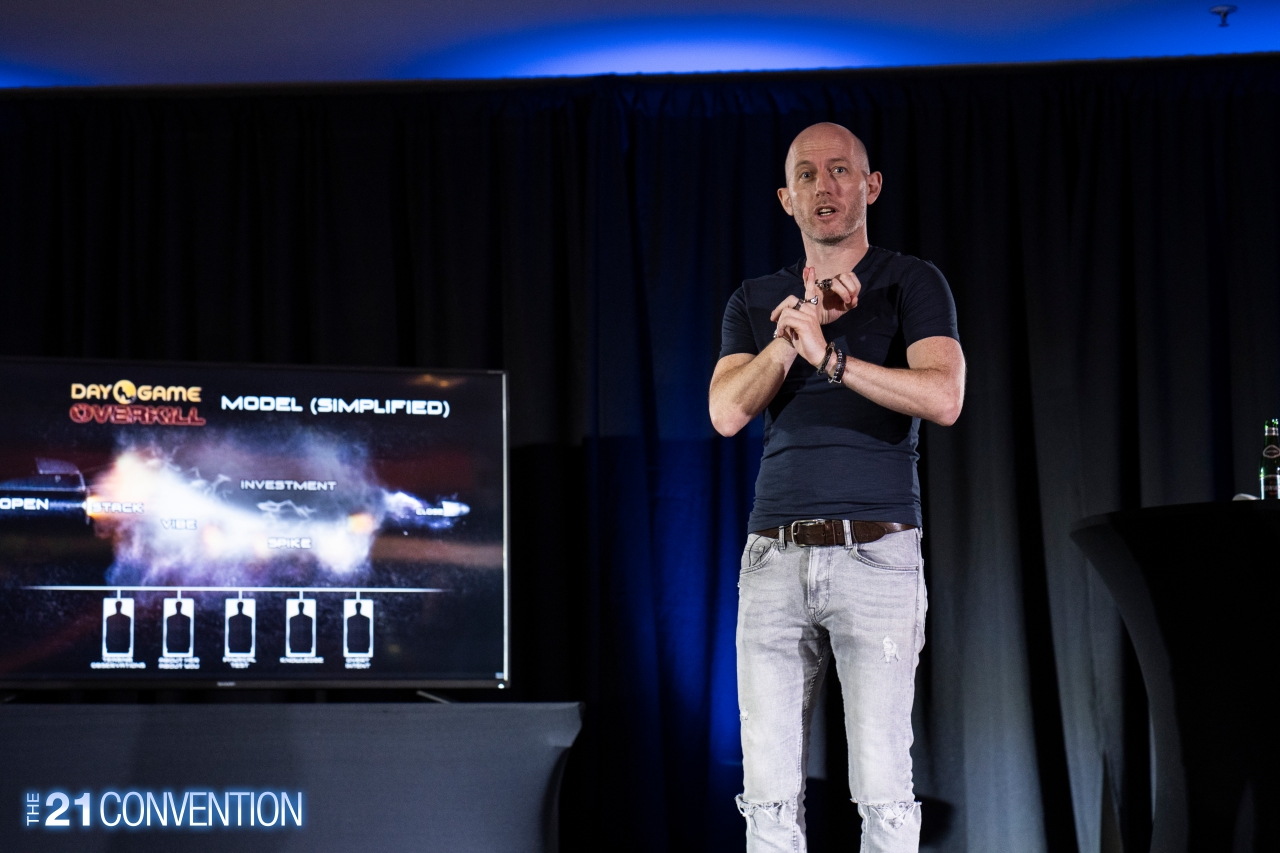 I look so confident. So dominant. So…… attractive!

An unexpected but very welcome surprise in Warsaw was hooking up with a girl I’d first rattled back in 2015 when she was at the tender age of 19. She’s still a pretty young filly now and we spent a lot of time together while I was in town. I’m definitely getting soft in my old age because it was lovely [1]

By now you all know the plan, to publish the entirety of my seven volume memoir series by the end of 2019 before turning my back on The Game with a theatrical flourish. Volumes 1-5 are all done and on sale at Amazon. Number 6 is a blank page, with all the hard work still to do.

Volume 7, in contrast, is in good shape and currently on schedule. Just this evening I reached the 50% mark in my text edit/rewrite. To those unfamiliar with the process, it goes something like this:

1. Write the book. This is by far the longest and most difficult stage.
2. Edit the text. I start at the beginning and work through the manuscript, picking up errors, tweaking sentences, and adding new sections. Usually I’ll have feedback from a test reader and a hired editor to help me.
3. Organise contractors to create interior artwork and cover design. Collate photos to illustrate the book.
4. Organise contractor to lay out the text and integrate the artwork. This also includes checking for errors and tweaking for visual aesthetics.
5. Upload to publisher website, print and review test copy.

The 50% mark I hit is in stage two. Stages 3-5 are pretty easy as most of the work is done by others. What this means for you scallywags is that I should have my final text by the end of this month, and quite likely release the book at the end of September. That’ll leave me three whole months to crank out the final volume [2]

It covers a lot more than just SEA, though

[1] I also deflowered a 19 yr old Ukrainian virgin, but let’s not boast. My notches are too few and far between for me to take any fun in that game nowadays.
[2] Which intimidates me a little as I’ve currently written no more than two pages of notes. And also, when that’s done I’ll no longer have a good excuse to write about myself.