I’m not a big fan of New Year’s resolutions. It took me a long time to figure out why and I think the answer is I prefer to just press on with a plan, doing more-or-less the right things day after day. I’d form a habit and keep it up than write lists on Post-It notes. If I sometimes welched and took it easy then so be it – humans are not robots and sometimes we need time off to restore balance and enthusiasm.

That said, the New Year is a good time to take stock of your life and flip the hard reset button so you can initiate new plans. Most of you have probably already bought your gym memberships, jogging shoes, and copy of Daygame Overkill. Good luck!

One recommendation I do have for aspiring daygamers is to start a Player’s Journey blog. They are free to do on WordPress and really simple. Just open the brower-based wordpad and type away. Have a look on Google Images for a photo of a hot bird to stick at the top of each post. Done. Sorted.

If you’re not interested in writing, then don’t bother at all. This post will give a little advice to those of you with an itch to write. If you’re not feeling that itch, don’t force yourself into doing something you have no love for. Save that limited pool of self-discipline for your actual real-life cold approaching. But, assuming you’re gonna write…………… let’s start with simple set-up.

1. Use WordPress
Spoogle’s Blogger platform is ugly and unwieldy. WordPress is extremely user friendly and all the default free themes and hosting work just fine in the beginning. You can get your own domain name and hosting later if you decide to keep on blogging. Don’t pay anyone a penny in the first few months until you’ve found your feet. This is a hobby not a business.

2. Be anonymous
Choose a PUA name and set up completely separate Gmail and WordPress accounts. It may surprise you that my comments queue often shows the real email account the reader logged in under, and if I copy-paste that into Facebook or Linked In then I know exactly who they are, where they live, and who their employer is. I don’t care but there’s always a snidey hater out there somewhere who can use that to make trouble for you*. So put up a firewall.

3. Lock it
For the first month or so it’s probably best to keep the blog private while you find your feet. You may decide to keep it permanently private – like Tom did – or open it up later – like I did.

4. Have fun
Go onto fiverr.com and hire a logo designer to give you a $5 brand logo and another to give you a $5 banner for the top of the blog**. It’s dumb but its easy and good for lulz. If you’re stuck for ideas just take photos with your camera phone when you’re in a supermarket, record store or games store. Send that logo to the designer and say “like this but [colours] and [text]”

Okay then, so you’re sitting on a new blog and the page is blank, waiting for My First Post. What the hell are you going to write about?

Mike Cernovich has an excellent post on how to create a compelling blog. Put simply, his formula is: (i) talk about a problem you had (ii) talk about how you overcame it (iii) tell the reader what you’ve learned that can help them do the same.

The Player’s Journey naturally fits this pattern because the problem is getting laid, the solution is game, and the advice is your specific routines or mindsets. But let’s break it down further:

Every idea, experience or opinion you ever have can be: 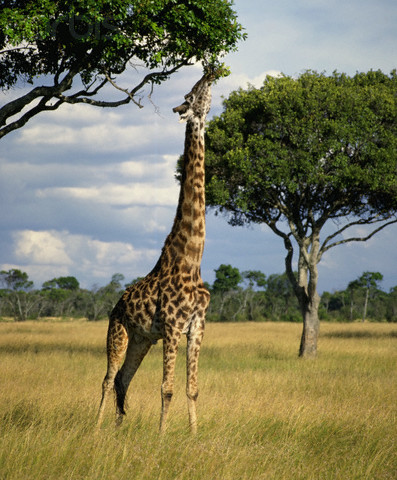 What this means to the daygame blogger is he has an unlimited number of things to write about. Unlike the normal non-fiction blogger we also have another never-ending content generator: your experience on the streets.

Every time you step onto the streets you create content a story: If you cold approach then each set is the story. If you weasel out and spend the afternoon eating Haribo while crying in a back alley that’s also a full length book. Even if you stay home that day and read a book – that’s still a story if you follow Mike’s formula. For as long as you’re “in the game” you’ll have things to write about.

There is one reason – and only one – why readers will return to your blog and eventually become a loyal following. This reason is AUTHENTICITY.

If you’re planning the blog to monetise it as your location-independent income then give up now. It won’t happen. I’ve been blogging since 2009 (I may have even been the first consistent daygame blogger – I’m not sure), I succeeded on the street, I co-invented the method, I wrote five books, and I’m a pretty good writer too. Despite all these things in my favour, I’ll always be able to make far more $$$ from my real career than from blogging. Daygame is simply too niche to make anyone rich.

What’s your sales proposition? “Nick Krauser without the originality or talent”

Nobody wants to read your 5 Ways To Open In A Supermarket or How To Think Like James Bond. There are better-established and more talented guys out there already trying to push that shit and they don’t make much money either. Pretty much the only way to make money in that style is the Return Of Kings way: Leverage an already really big platform and then troll mentally unstable fringe elements for hate-clicks, positioning yourself as the crusader for justice that all the perma-angry lost boys can look up to.

Daygame will never be big enough for those banner ads to make you money. You have to go after feminists or write angry reviews about the new Star Wars movie. Waste of time. So, give it up. Blogging is not about income. I’ll finish this post with what I consider good reasons to blog.

Do you want to troll these people for clicks?

So, lets get back to authenticity. Given that you’re not trying to impress people with your mad skillz in order to sell coaching, what are you trying to do?

The goal of every player’s journey blog should be to authentically and sincerely reflect your experience of the streets and what you think about it.

Your blog will take the reader through all the postives: the wide-eyed hope of taking control of your dating life, the excitement of taking the first pretty girl’s number, the camaraderie of meeting other players and sinking into the Secret Society, the sense of achievement from pushing against adversity week after week. It will also cover the negatives: the misery of ten consecutive blowouts, the frustration of a last-gasp failure in the bedroom, the self-doubt and isolation as you drop out of the matrix.

Your blog will be compelling because you are re-creating the emotional rollercoaster that you live day after day. Some readers will be pulled in as voyeurs peeking at a life less ordinary. Other readers will be fellow travellers who want to compare their experiences to yours. This only works if you’re AUTHENTIC and SINCERE.

There is a writing style developed in France by Descartes*** called “the classic style”. It’s essentially an invisible style because every good writer uses it. It’s like Call of Duty’s “aim down sights” mechanic – it’s simply the way things are done and it doesn’t cross your mind it had to be invented and was once a brand new mechanic associated with one particular franchise.

Steve Sailer explains the style better than me here including this money quote from Pinker:

The guiding metaphor of classic style is seeing the world. The writer can see something that the reader has not yet noticed, and he orients the reader so she can see for herself. The purpose of writing is presentation, and its motive is disinterested truth. It succeeds when it aligns language with truth, the proof of success being clarity and simplicity. The truth can be known and is not the same as the language that reveals it; prose is a window onto the world. The writer knows the truth before putting it into words; he is not using the occasion of writing to sort out what he thinks. The writer and the reader are equals: The reader can recognize the truth when she sees it, as long as she is given an unobstructed view. And the process of directing the reader’s gaze takes the form of a conversation.

The key take-away is stop second-guessing yourself and stop going all “meta” in your writing. Speak plainly and directly, like you are telling a story to your friends in the pub (for field reports) or explaining your opinion in a discussion (for theory pieces). Assume you’re the expert and the reader is an intelligent layman, then make an AUTHENTIC and SINCERE attempt to convey the information.

If you start posturing, you’re done. In the beginning you can’t help but posture and grandstand but we’ll get to that another time. It’s okay, it comes with the territory when you write about Game because you’ll often slip into “aspirational writing” as you use your blog to try to game yourself into higher peformance. But try to restrain your ego.

“But Nick, I’m a noob not an expert. I barely understand daygame. Why would anyone listen to me?”

You are the expert of your own experience. Nobody in the world can relate the truth of your experience better than you can. I remember a time when I was seven years old and I fell out of a tree on the hill next to my junior school. There were many expert tree-climbing boys in my school who could’ve better advised you on the correct way to climb that tree. However none of them could better relate my particular story of falling out of this particular tree. I could tell a great story about how I felt on ascent and then again on my rather speedier descent.

I’d rather read an authentic and sincere field report about blowouts than a posturing grandstanding puff piece about a same day lay. Most readers would.

From the beginning of this post I assumed you have an interest in writing. That’s ultimately what will push you one way or the other. If you do begin a Players Journey blog, you’ll quite likely notice that within six months most of the following benefits accrue to you:

Writing a blog is a labour of love. If any of you do get it going, I wish you luck. A few months from now I’ll do a round-up of player’s journey blogs. So, if you start now and follow this advice you can be sure you’ll at least get announced to the world a few months from now and get some readers.

* If your blog gains a little traction you’ll certainly attract marauding gammas. They roam the internet looking for bloggers they can attach to and then start reframing them, making them feel bad, and pull them into their reality-weave. It’s a little like how every second hand bookstore is a magnet for crazy homeless people. Be ruthless in banning them.

*** French social theory may be the worst in the world but their 19th century writers, such as Dumas, were frequently fantastic.