After four months cooped up in Newcastle working on my books, video game backlog, and reading projects, I finally hit the road. I’ve been out in Europe since the end of March and, as expected, my productivity has slowed right down.

So I’ve been wandering alone, circling the drain of nihilism, posting photos of myself to Instagram along with inspirational quotes about how this dreary existence is so fulfilling. I’m hoping you won’t notice how ugly the birds are, and will instead co-sign my bullshit so that I don’t top myself.

Wait… sorry. I was thinking of someone else.

Actually, I’ve been having a great time hanging out with a half dozen friends and made a few new ones too. The birds have been well hot, though the hottest few slipped through my grasp, sadly. It’s been a month of sunshine, chatting, getting drunk, and a bit of sex too [1]

I have, however, been very busy coaching. I’m midway through the third of four week-long residentials scheduled in this trip alone. It’s been interesting [2] and caused me to think about the LDM [3] from a different direction. I’ve noticed multiple commonalities in client questions, strengths and weaknesses. I’ve better honed a process for instruction. I’ve developed new metaphors, explanations, and actionable drills.

So, perhaps there’s a product in that for later this year. I’ll think about it [4]. For the meantime, let me bring you up to date on which pans I have frying in the fire right now.

Daygame Mastery second edition
This is the main one. The content has been finished for quite some time, as has the layout. I’m currently trying to iron out all kinds of wrinkles before sending it to the printer. It’s surprising how many things crop up but once it’s done I’m sure you’ll all be quite impressed. There’s 25k words of new content in this, mostly in the Vibe and Banter Clinic sections. I’m presenting it as a companion to Daygame Infinite, as my new book was always meant to stand alongside it. I reckon I’ll have a test print to review when I return to Newcastle at the end of this month. If that’s okay, I’ll release it immediately. 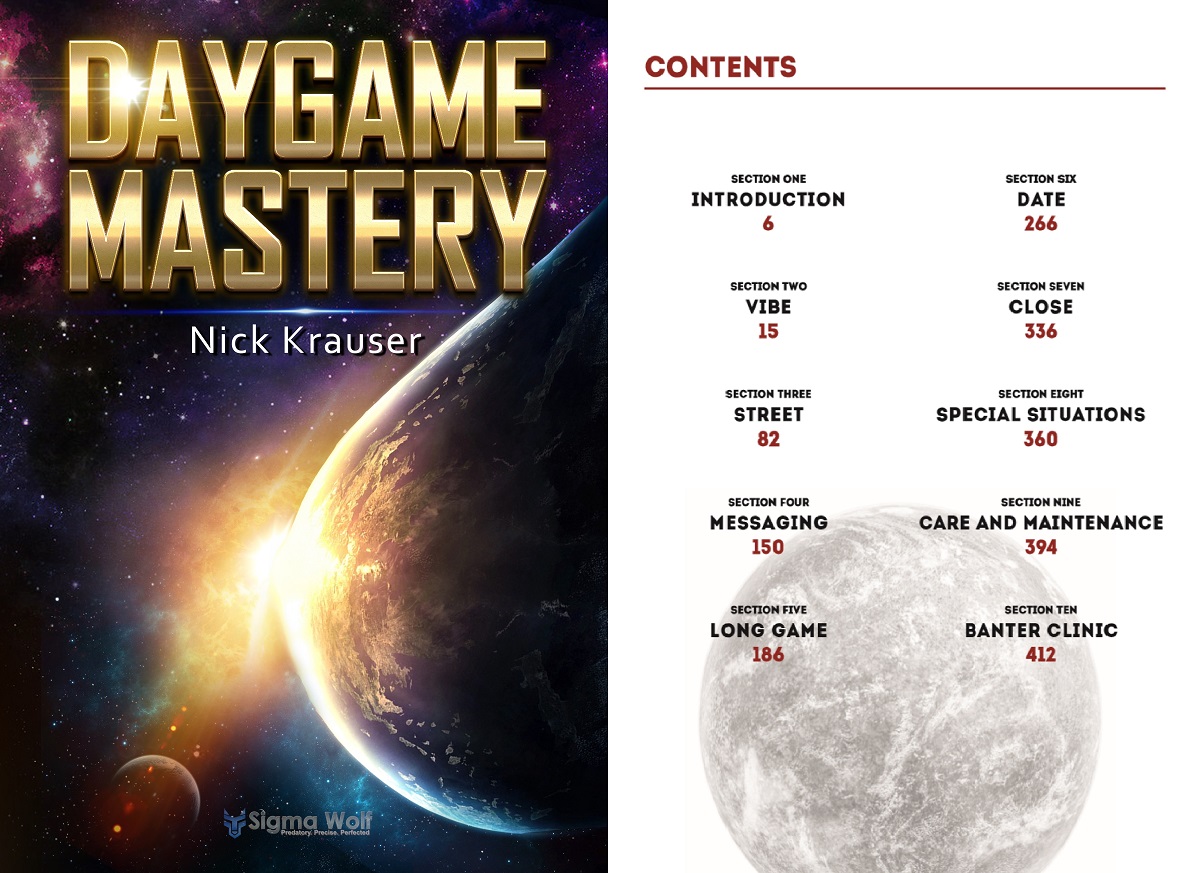 The Memoir Volume Three
I’ve had a lot of fun writing the final volume in my memoir series. I’ve tried to write each volume as a self-contained story and varied up the themes and writing style to avoid them becoming repetitive. This one, Younger Hotter Tighter, is almost done. I’ve written 34 chapters to a level I’m happy with, and have 4 more to go. Hopefully that’ll be done by the end of the month. It will then enter editing / layout / art stages which will likely take another two months before release. My guess is it won’t take as much post-production as the other volumes because I’m a better writer now, and I’ve had a writer friend editing it as I rewrote each chapter.

A New Infield Product
I’ve had lots of requests for a new infield instructional, as my last one was Daygame Overkill which was filmed nearly four years ago. I don’t count Daygame Mediocrity as that was a joke [5]. I haven’t done a lot of sets this past month but I have recorded some and they came out pretty good. So, I will likely continue to film. If I think there’s a product in it, I’ll let you know. It’s much too early to decide.

Residential Coaching
I signed up six clients this year, four of which will be completed by the end of this month. It’s been more fun than I expected so I may do residentials more often. However, I’m absolutely knackered from it and it’s killing me to give up all the good sets to the client. When I’ve finished the fourth, I’ll take stock and analyse how they went. Then I’ll decide if I’ll do more, or knock it on the head. 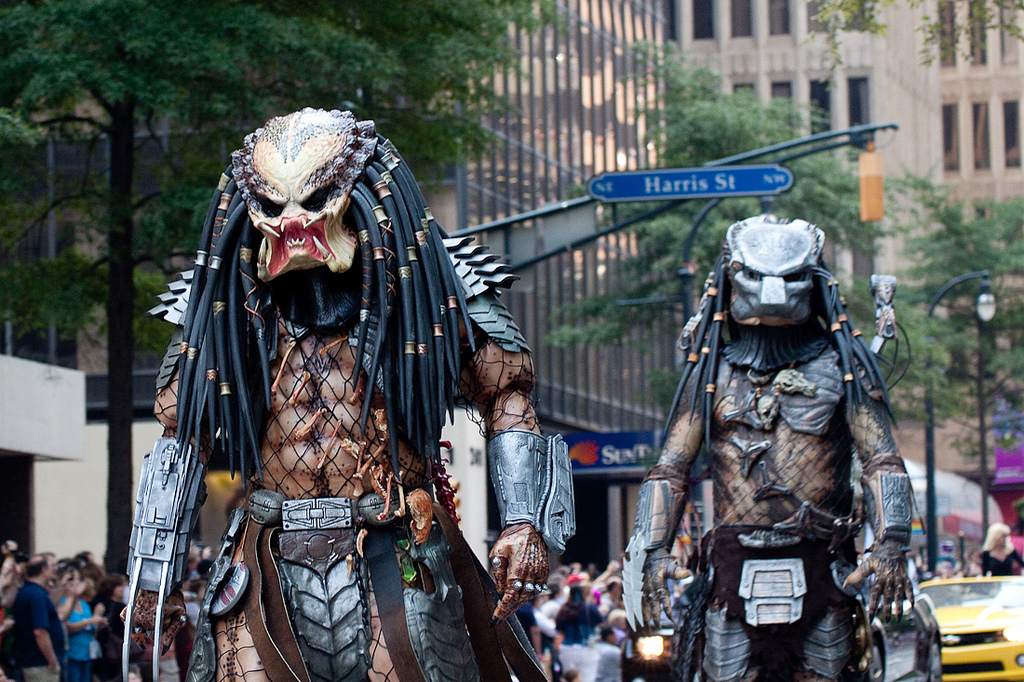 YouTube Channel
I keep meaning to get back to this. I have 3/4 of the Daygame Infinite talk to finish editing and then upload. There’s even a few bits of Outlaw Daygame still left to do. I’ve toyed with the idea of a new season of podcasts, of a technical daygame series, and throwing up infields. Right now it’s all parked until the other stuff is done. YouTube isn’t good for money and I don’t care about the freeloader retard audience. I’d rather spend my time coaching a good resi student or doing the blog. If I find the motivation to do that AND a YouTube channel I shall. It all depends how relieved I feel when the last book comes out.

Little Brown Sex Machines
This is a memoir I wrote in February 2017 immediately after returning from two months in South East Asia. It’s 60k words and written in a similar style to my usual memoirs. It’s been finished for a year but I just haven’t decided what to do with it. I might use it as the first 1/3 of a 2017 memoir, or I might tart it up a little and release it as is. Dunno. It’s not a priority.

New Undisclosed Products
I set myself a rule before winter of NO NEW PROJECTS. I made a mistake opening too many loops back in 2014, such as committing myself to four volumes of the memoir. When Mastery and YHT finally come out, I will have completed my “grand project” [6]. I’ll have a clean slate. From there, I’ll only take on projects one at a time. Perhaps a fifth memoir, perhaps a new infield series, perhaps a new textbook. I’m not committed to ANYTHING right now. There are no secret projects bubbling away. Ideas, yes. Defined projects, no.

I hope that clarifies things. And Donald Trump is still the US President.

If you like the idea of giving me your money, I suggest you start with Daygame Overkill. That’s the most profitable per unit and it never fails to warm my heart when PayPal informs me of a sale.

[1] With the girls, not my friends.
[2] And lucrative.
[3] Does anyone mind if I just call it the Krauser Daygame Model now? I mean, the one people do now basically is just that.
[4] I’m not going to just shit a product out regardless. I’ll wait till the end of the year and see if there’s a product’s worth of material to organise. If not, I won’t do one.
[5] I mean a deliberate joke. Not a Stealth Seduction type joke.
[6] Or “grandiose project”, if you prefer.