I have a low opinion of modern universities, which is hardly a controversial one to hold nowadays. There was a time when only a small proportion of the UK population attended higher education, being those who were from lower orders and had graduated grammar school due to intelligence and hard work, or those from the middle and upper classes who benefited from a private-school-to-university escalator system.

Either way, the end result was universities taught students towards the top 20% of academic ability. Then the communists came along and decided it should be 50%. Anyone who knew the Bell Curve could predict what happened next.

Before long, you got this 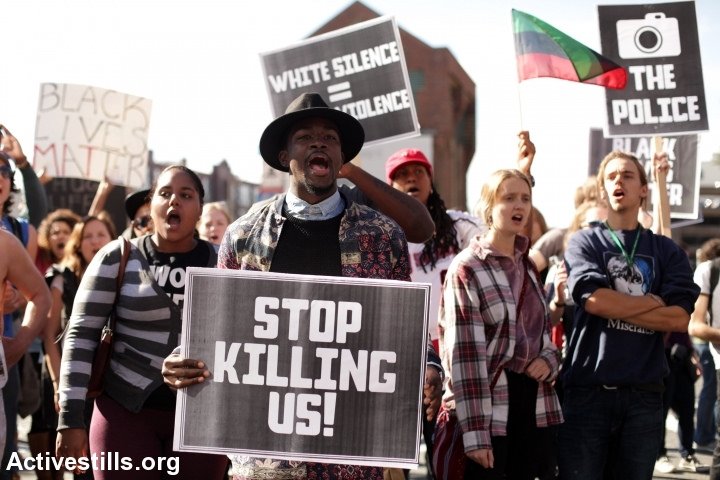 The modern university is now a Satanic institution. I don’t mean that literally. However, a modern university functions only to completely corrupt the younger generation. It turns the men into faggots, the women into whores, and all of them into mindless Marxist drones. More recently, it’s also been turning blacks into uppity racist vandals. Thanks Obama!

University is now something to avoid. Back when I graduated it had three things to recommend it to students:

In 2018 it does none of those things. You finish university with massive debt, no prospects, and a head full of dogshit. So what does a young man do if he wishes to replicate the old-style classical education that university once delivered? Well, that’s easy. The internet changed everything.

There are many quality YouTube channels out there so you could do a lot worse than to follow Stefan Molyneaux, or Voxiversity, or the multitude of channels uploading Jordan Peterson courses. There are channels devoted to Medieval history, or warfare, or philosophy, or….. well, everything really. The only problem is in filtering the wheat from the chaff but I’ve already given you a good start. Decide what you’d like to study then schedule a “study course” with an hour or two every evening and a set “reading list” of lectures. 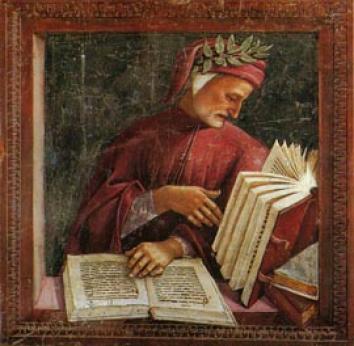 Easy, I tell you!

For as much as I like YouTube and the explosion of blogs, there’s no substitute for reading and writing. There is something about the long-form book that can cover topics in greater detail and penetrate your brain deeper than simple video can. This was made especially vivid to me when reading a Jordan Peterson essay on the flip-side to reading: writing. It’s a fantastic essay and I thoroughly recommend it.

For Peterson, writing is thinking.

He begins by explaining that most students don’t realise why they are assigned essays. They treat them instrumentally, as the thing they need to do to get a grade. Peterson stresses that though this is what they’ve devolved too, originally they were a tool for learning:

“The primary reason to write an essay is so that the writer can formulate and organise an informed, coherent and sophisticated set of ideas about something important.”

Writing is inseparable from thinking, and actions based on good thinking will lead to far less painful outcomes than those based on muddled thinking. He builds a strong case for the why, for the reasons to want to develop your own writing (and thus thinking) capabilities. He then patiently leads the reader (it’s intended for his undergraduate students) through a methodology for essay writing. For me, it’s his theoretical and psychological observations between the technical advice that is most illuminating [2]

I don’t want to write more on his essay. They are Peterson’s insights and I don’t want to claim them as my own. Read the essay (second red link). You won’t regret it. Then come back to this post. 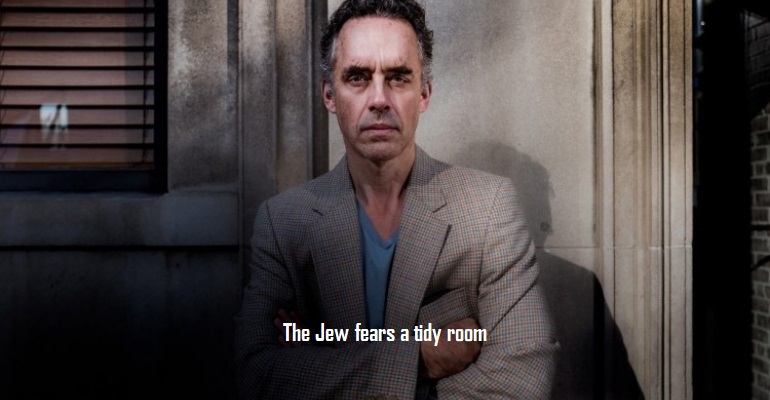 Now you see why I’m engaged in Project High Value Man [3] and it is accomplished through massive amounts of reading and then writing an essay on every single book. These reviews are essays. I’m taking a point or two from the book and then organising my thoughts around it. This encourages me to read each book actively, with a student’s mind rather than an idle chump looking for easy entertainment. Even the pulpiest of pulp fiction can inspire thought on the deeper issues in life.

My Time Life history project was designed to reproduce the historical education I never received at university. I asked myself what did I most want to learn and the answer was “all of world history”. So I thought it through and prioritised breadth of learning over depth, determining to fit all the pieces of world history into my mental map first and only then choose particular themes to dive deep into.

I’m currently ten books through the twenty, so the breadth phase hasn’t yet finished. It’s a long term project and I just happened to take advantage of winter hibernation to get off to a fast start.

This book, Adam Smith from the Past Masters series [4], could fit nicely into a History Of Ideas course, should you wish to reconstruct a classical university education on that topic. I’m quite amazed at how easy it is to be spoon fed such incredible scholarship. The Past Masters series from Oxford University Press is all available on Amazon and Ebay, starting at 1p for paperbacks and £5 on Kindle. As of 1989 when my copy was published, the series had SIXTY FOUR volumes. 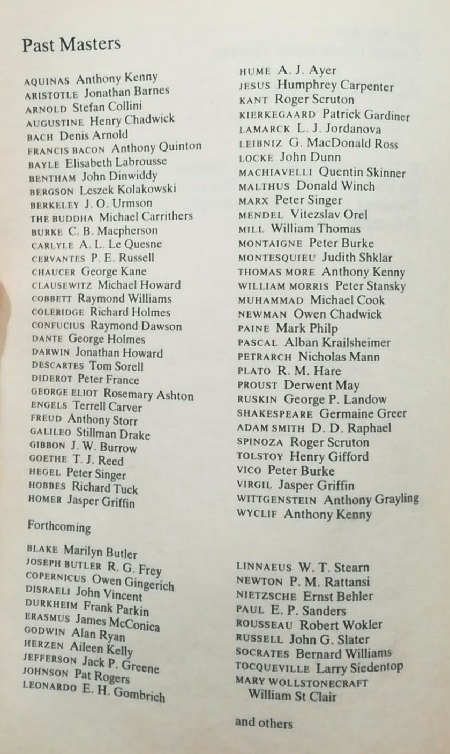 They are short books, about 100 pages each. You could read one in a day, no problem. Imagine the potential. Read ONE Past Masters book per week, and write a short 1000-word essay on it when you’re done (if you blog it, I’ll link it). In one year you’ll have covered 52 of the world’s greatest minds [5]. Not just skimming them either, you’ll have really thought about them.

That’s no small thing, learning how 52 of the world’s greatest minds thought. And doing it in one year and costing only a couple of hundred pounds [6]

As I wrote in Daygame Infinite and elsewhere, I’d become a little disillusioned with Euro Jaunting. Though I was enjoying the day-to-day experience of chasing and clacking skirt, I was neglecting my more wolfish interests and slowly hollowing out. Thus when winter hibernation rolled around I decided to rededicate myself to my higher passions: literature, philosophy, history, and writing. I wanted to forestall my decline into a dunderheaded rabbit driving around chasing low-calibre skirt like its the only thing in life.

If you’d like to ignore everything I said about reading Past Masters and instead chase skirt like a dunderhead, then I’ve got just the book for you: Daygame Infinite. From April to October the dunderhead lifestyle is actually a whole load of fun. 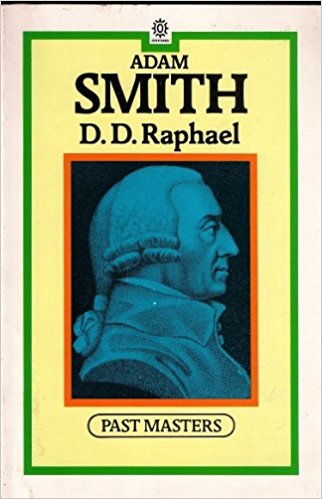 and this is pretty good too

[1] Of course you won’t actually do it, because that requires thinking and commitment, the lack of which is why you haven’t done anything before and won’t ever change.
[2] I’m already a very good writer. And a modest one.
[3] A somewhat tongue-in-cheek title
[4] Which, I realise now, I’m not actually going to review properly because I’ve gone off on such a tangent already. It’s very good, though.
[5] And if they write asking permission to do a Krauser volume, I’ll grant it
[6] But of course you won’t do it. Because you don’t really want to be high value. You just want to talk about it in blog comments.