Robusto and Bhodi recently roped me into an evening on magic mushroom truffles (still legal in the UK). I was hesitant because I hold druggies in contempt. For all the hippy talk about expanding your mind, I don’t take hallucogens for the same reason I’m not into Buddhism and Zen…. it’s all just the oblivion of the opium den. There’s a tension in much of the Eastern-influence philosophy. On one side are tools which help address the imbalances and stresses of modern Western life, in particular ways to achieve mindfulness and live in the Now. I strongly urge men to read Osho and Tolle in order to unburden themselves of needless resistance against immoveable objects. But there’s another side. Tolle lived on a park bench for two years – basically a vagrant – and the hippy Mecca of India is in fact a dirty festering shithole where a billion inbred illiterates live in filth and bathe in a river full of upstream faeces. You need to come out of the Now to get things done. 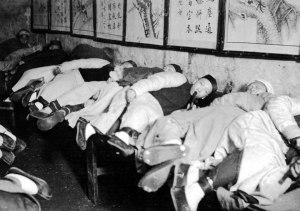 Living in the Now has its drawbacks

I had an unremarkable trip, sitting in the lounge of Chateau RSG listening to music, chatting, on Facebook. Bhodi locked himself away in his room to “play chess with his Ego” and had an incredible time. He came round to my room the next morning waxing lyrical about all his inner game breakthroughs…. hmmmmmm….. so a week later I try it. Here’s my inner game recipe for mushrooms.

*warning* – if you have no experience of hallucenogens, or even worse you often have bad trips, then don’t do this

Mushrooms are an inner game accelerant. From discussion with Robusto and Bhodi it seems we all achieved a similar effect. Men have a module in their brains that allows us to interact with the real world and impose our will upon it. It bestows logic, discipline, third-person observing ego upon us. This is what I mean when I say men live in their logical forebrains. Women don’t have it. Mushrooms remove that module. The effect is profound for inner game because suddenly:

So the ‘shrooms are giving you a simulation of the emotional impact of thinking / feeling like a woman, an archetype you can refer to when trying to understand their behaviour and needs, while also internally letting you connect to your masculine core without hinderance from your ego and it’s elaborate structures. Imagine if you could learn to turn off the RWMM at will (non-assisted). That’s what it’s like to be a ladies man.

One of the hardest processes in Game is to allow your new target identity to form. Think of your inner game as three concentric circles. On the outside is your Behaviours (stand like this, hold vocal tone like that, approach etc) which are a relatively quick and easy fix. However it’s hard to stay on point because those behaviours are informed by the next inner cricle of Beliefs (what women want, how dating works etc). The Red Pill normally deals with the beliefs and has a positive knock-on effect with the behaviours taking you closer to being a natural. However the beliefs themselves are driven by the deep inner circle of your Identity (who you are, what you want). It’s only when all three are congruent that you can unburden yourself and live the life you really desire. Changing identity is very very difficult. It’s a long hard process with many ego traps on the way. 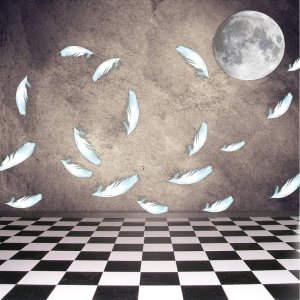 Mushrooms accelerate this process of bedding down identity. It’s one thing to intellectually reach a helpful conclusion. It’s another thing, an order of magnitude above, to truly feel that conclusion in your bones.

Bhodi gave me two good metaphors. Imagine your inner game is like lasagne. You have different layers of pasta separating the meat, the top layers representing weakly-held easily-broken beliefs and lower levels being strong core beliefs that can’t be budged. Or imagine a big tall ceiling-less empty room where feathers (representing beliefs) are dropped in from above and gradually fall to make a big soft cushioned floor (your identity). When first dropped there’s always a risk that gusts of wind will blow them out of the room entirely, lost forever, but as they fall further that risk reduces.

Mushrooms make those feathers drop like stones. It’s an accelerant. While on mushrooms a whole flurry of feathers will drop and hopefully when you wake up the next day some of them have stayed there, some of the beliefs sunk to a lower pasta slice.