This is a Royal Wedding special. Friday was a glorious day to be English. The future King of England marries his mannish disobedient trollop, and Krauser finally closes a Brazilian nine he’s been working since the autumn of 2010. Allow me to recap the story.

I’m out with Suave around Piccadilly at the arse end of August when a very elegant and poised brunette strides past on the other side of the road. Aside from her obvious physical charms she has an athletic grace and coordination. I open telling her she looks like a horse-rider who’s lost her horse (she had tight beige trousers and riding-style boots). She laughs, hooks and tells me she’s a fresh-off-the-boat Brazilian. Ten minutes and I take her number. Light text game ensues, none of it very good work from me. Too boring, too nice guy. A week later we meet for a drink and she bizarrely tells me she’s only got twenty minutes between appointments. The language is stilted too. I walk away having cross her off the list. A failed set. 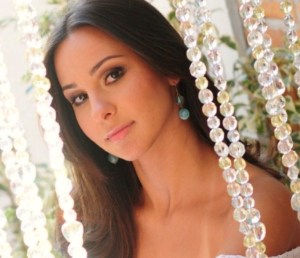 Burto believes the world is unfair, after what I did

About two weeks later I reopen her and we swap texts for a while until we have a proper date. I take her around Covent Garden, run rapport, and kiss close her in The Three Keys pub. It’s all going well but it sets up a pattern that will continue throughout the set – when she’s physically present she’s massively into me and IOIing, but when she’s on the end of the phone she’s flighty and flakey. Third date is more of the same, another fortnight later. While we are in the pub I finger fuck her next to the bar, in bright lights and full of people. She loves the public danger of it. Can’t get her home. A week after that I bump into her in Covent Garden when I’m walking down the street holding hands with my Thai girl. She doesn’t like that at all.

By late October I get a late night call from Suave and then Moran. They were out doing street game in Oxford Street and opened her. After a couple of minutes Suave (talking in Portuguese) realises it’s my target. Like a solid wing, he instantly curbs his intent and starts DHVing me to her, and Moran joins in. She texts me an hour later gushing at how fate struck.

More messing around from her ensues. I meet her at the station by my house and she won’t come home, so we end up in some chav pub for a drink before she wants to bail. Around this time she has to return to Brazil for Christmas and to care for a dying relative. She keeps sending me texts like:

You get the idea. She keeps affirming her adoration for me in texts and then not actually wanting to meet for dates. I dismiss her as a games-player. In January she’s back and we have another date, another makeout, and then nothing. I’ve ruled her out for the third time and enforce radio silence. Then, in early April I’m out in Piccadilly with a student when I just bump into her. An extremely awkward conversation ensues in which I lose the frame at the end and say “give me a text sometime and we’ll go out.” I write her off for about the fifteenth time. I’ve been letting this girl dick me around too much and I’ve only half-hearted listened to my core (which was saying “she’s fucked in the head, next her”)

Surprisingly, this is where the momentum builds to the lay. Sometimes sets seem gone, and they rescue themselves. She texts me the next day saying she’s glad we met, has been working alot lately and “but i would love to see you again with more time… 🙂 I like you a lot but as a friend… and i dont know if it is ok for you… xxx”  I’m done with the idea of fucking her so I’m fine accepting the LJBF. I tell her that’s fine because I’m not single anymore. I ignore her and a week later she hits me up on Friday morning asking if I’m free that night.

I go out fully intending to do the LJBF thing. We agreed to meet 8pm in Camden and true to form she texts 15 minutes before to say she’s late and can we meet at half past. I say ok and change location to another pub down the road. She’s on time and I so zero sexual interest in her for three hours. I’m just leaning back, using solid non-verbals, and doing zero chasing or escalation. And lo and behold, she starts chasing me hard. Leaning in, kinoing me, bringing up sexual topics, verbally IOIing me. I consider these to be a trap, bait to see if I jump with my tail wagging like a little puppy. She’s confused when I don’t and chases harder. I realise about two hours in that she’s burning a flame for me and all that “just friends” talk was bullshit. I’d kinda assumed she was LJBFing me because I’d failed to meet her attraction threshold. Now I realise it was the opposite. She was trying to LJBF me because she was too attracted to me and knew that as a player I could hurt her.

Hmmmm. Back to game mode.

I continue to give her the friends treatment but throw her a bone every now and then about how she’s physically my type. I tell her I’d have dated her but she’s too random and flakey. She asks to see pictures of my last girlfriend and the next one, and I really enjoy showing them. P..r…e…..selection! A catwalk model and a large-breasted wonder girl. It’s well on now. We’re both getting drunk. We end up in the pub that Amy Winehouse always passes out in at midnight. Some local higher-beta types try to hit on her but she doesn’t get out of her seat as they stand in front of her losing value. I ignore it and open an Italian couple next to me. The chodes continue:

The chode gives it a few minutes of dancing monkey and then gets dismissed. Brazilian sits back down and tries to join my conversation with the Italians. I’ve just made her think I’m trying to palm her off on other guys. So she IOIs me more. She’s telling me how much she likes me, how I’m a nice guy, the only guy she can rely on etc. I take her to another pub and we are trashed now. She has to go outside for fresh air so I let her, and stay inside drinking. Ten minutes later I go out to find her slumped on the floor against the wall with two chode white knights trying to rescue her. I check on her, tell them she’s my guest (NOT my girl) and go back and drink. I’m really not fussed about her getting stolen, although to be honest the chodes couldn’t even outsarge Jambone. I go back out again ten minutes later and just pull her up and inside. She’s leaning on me on the seats and I go have a piss. I come back and one of the chodes is in my seat, next to my beer, hitting on her. I chuck him out of my seat and he slinks away.

I’m now telling her we’ll smoke dope back at my house. First I walk her up to Primrose Hill at 2am. We are drunk and need to sober up a bit. We lay down and look at the stars. Finally I kiss her, for the first time in three months. She likes it. We’re getting cold so I walk her back to the main road and score some dope from a local shifty black guy. And then it’s a bus home.

She’s acting up a bit know, verbalising her own attempts to LJBF me. I give her a quick tour of the house and then we roll up in my room and smoke. I’m going for the Burto dope close routine. She loosens up and we make out. She’s giving me all the “we won’t have sex” talk. I try escalating her about three times and she keeps knocking me back when I try to get past her tits. Finally I decide to just lie back and sleep. I’ve really had enough. She’s been setting hoops and traps for me for several months and this is just yet another one, I think. So I lie back, shut my eyes, and prepare to sleep.

My core awakens. No! Fuck this! I’m not taking this! Bitch comes into my bed, bitch is gonna get fucked.

I go after her with strong intent. She says no, I say yes, she says “aahhhhh” and squirms in pleasure. I know by now that she’s extremely turned on when I breath in her ear and lick her earlobe, so I do this and caress her. I force my hand between her legs and rub her up, breaking through her token resistence. I finger her hard and she’s grabbing me tight, moaning, reaching for my cock. That mutual caressing is the Its On Moment. For the first time since I met her I’m convinced I’m definitely fucking her. I pull away a bit and move my cock to her face.

I turn to get the condom and when I turn back she’s ripped her panties off. So I stick it in her and squash her into the mattress for half an hour. She has a fantastically firm gym body. Literally the best body I’ve ever dignified with my cock. As I’m nailing her from behind, grabbing a handful of her hair, getting her to tell me how much she likes my cock in her, three thoughts cross my mind: