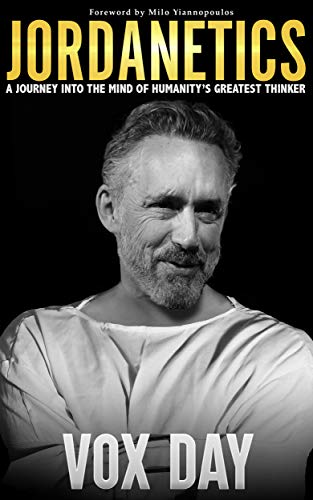 Some books need to be written. For the most part, the stuff I see in the alt-right and PUAspheres is just “me too” rubbish. I don’t mean the #MeToo movement of false allegations sweeping Hollywood, which was a fabrication of the elite talent agency CAA. I mean in its older sense, of when a company launches a successful product so a horde of imitators release their own products to cash in on the trend.

PUAs are like that. They never stop to think, “has this material already been covered? Does the world really need me to repeat the same thing?” Of course not. They want a slice of the money, even if it means plagiarising someone else’s content.

However, while there’s nothing new under the sun, the world does indeed change. The charlatans of yesteryear get exposed but then a new breed emerge to take their place. Modern idiots need to relearn the lessons of the old timers anew. Vox Day has been on quite a roll in performing this cleansing function. His last four non-fiction books have each addressed the new mask of an old fraud.

How is it that Vox can achieve such a steady hit-rate and always be at the leading edge of the curve? His Cuckservative book came out before Trump won the Republican nomination. His take-down of Jordan Peterson came at the peak of his popularity when pretty much every right-winger I knew was riding the Canadian globalist’s nut-sack. Vox isn’t just outside the mainstream Overton Window, he’s perpetually outside the Alt-Right’s own Overton Window. So, how does he manage it?

There’s nothing new under the sun. It’s just old wine in new bottles. 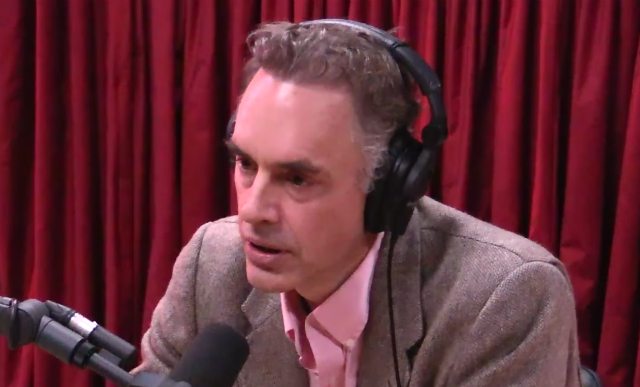 The problem when first approaching Jordan Peterson is that he’s a muddled thinker, bullshitting speaker, and incompetent writer. That means to make sense of him you have to straighten out all the knots he himself has created. Reading Jordanetics reminded me of a philosophy lecture I took as a fresh-faced 18yr old scamp in a course called Rousseau and Marx. I asked the lecturer why he’d assigned the Past Masters summary books on those two black-hearted rogues [1] rather than their original writings.

“Oh, they are terrible writers. It’ll take you forever to figure out what they are trying to say. Don’t bother. Just go to the summary books. Those are cleaned-up Rousseau and cleaned-up Marx.”

Cleaned-up? That’s how it feels reading Jordanetics. Vox has done JBP the favour of organising his muddled thoughts for him in order to get at the heart of his true meaning. Actually, it’s not doing JBP a favour at all because to explain what he says in clear terms is to expose him for the evil Satanic globalist fraud that he is. You see, JBP is a wannabe L. Ron Hubbard. He’s a mentally-ill, moral and physical coward, with a messiah complex. His role is to mislead you. There’s a fair chance that JBP was sexually molested by his own grandmother [2] but that can’t be anything compared to the brutal rape Vox gives him in Jordanetics.

Vox’s parsing of JBP’s philosophy, as expressed in Maps Of Meaning and 12 Rules For Life, is that JBP is preaching a post-Christian religion of Balance. JBP uses the terms Order and Chaos as proxies for Good and Evil, and his advice all leads towards a Jedi-like goal of achieving Balance between the two. The goal is not to fight and defeat Evil, but to assimilate it. Obviously that’s ridiculous.

Having read much of the Western canon, Vox is able to trace the intellectual inspiration of JBP to his roots which will surprise the average Peterson fanboy. Vox makes a strong case that JBP is knowingly drawing ideas from Carl Jung and…… Aleister Crowley. Yes, the bald-headed Satanist. He doesn’t just throw those names out as insults but rather draws the connection through exegesis of Peterson’s own written words and a comparison to the gnostics, pagans and Satanists who originated the ideas. Vox firmly believes JBP is knowingly evil, and I agree with him.

The first 1/3 of the book is just set-up, giving the anecdotal background for why Vox decided to look deeper into JBP [3]. I found it all boring because I’d been watching Vox’s Darkstream as all of this background happened in real time, so it was old news to me. The real book begins on page 75, chapter 6, in which Vox finally deals with JBP’s ideas (rather than the man and his fans). Those first paragraphs are the literary unzipping of the fly as Vox prepares to “make him squeal like a pig, pa!”

Vox does a good job of picking out the underlying philosophy. JBP is a habitual liar because it is central to his philosophy. The Left have always been The People Of The Lie because their ideology requires it in order to gain acceptance: the core of Leftism is to steal your shit, clearly nobody wants their shit stolen, so the Leftists first lie to them, and then use the backstop of brutal violence. However, as George Orwell colourfully outlined in Animal Farm and 1984, the Left doesn’t require you to believe their lies but to simply go along with them. I think Theodore Dalrymple expressed it succinctly thus:

“In my study of communist societies, I came to the conclusion that the purpose of communist propaganda was not to persuade or convince, not to inform, but to humiliate; and therefore, the less it corresponded to reality the better. When people are forced to remain silent when they are being told the most obvious lies, or even worse when they are forced to repeat the lies themselves, they lose once and for all their sense of probity. To assent to obvious lies is…in some small way to become evil oneself. One’s standing to resist anything is thus eroded, and even destroyed. A society of emasculated liars is easy to control. I think if you examine political correctness, it has the same effect and is intended to.”

JBP sinks even further into depravity than the communists he pretends to hate. His philosophy elevates lying to a moral imperative. Vox summarises it thus: [4]

“Because Peterson equates truth with survival, or rather, anything that increases one’s chances of survival, truth is intrinsically subjective. And since there’s no such thing as objective truth, the only thing you can do to be truthful, by which he means increase your chances of survival, is to master the art of the lie. Peterson is qualified to teach you this rule because he has, by nature and philosophy, become a spiritual master of lies. Peterson lies regularly and habitually, and here he presents a rule that does not only allow for lying under limited circumstances, but presents dishonesty as a fundamental ethic.”

It’s hard to comprehend how evil such a position is, but you can see why so many PUAs like JBP. The Canadian charlatan is often defended as offering meaning to society’s losers but this is the opposite, a poison pill of the worst kind. By denying an objective reality [5] he is completely pulling the existential rug out from under his poor readers. Vox summarises it thus:

“It’s important to observe that while Peterson refuses to recognise the objective reality of mundane non-things such as “laptop computers” and the transportation devices known as “cars”, historical events such as “rape” or “the Crucifixion”, let alone more abstract concepts such as “truth”, “Jesus”, or “God”, he believes very strongly in the reality of ideas that spring out of the imagination of 19th and 20th century European psychologists.”

You see, JBP isn’t any different to the Crowleyists in the progressive Weyland school in Dennis Wheatley’s The Haunting Of Toby Jugg. He believes everything is relative, except the core ideas of his own paganism. Black is white, except when he wants it to be Black. He reminds me of the famous boxing promoter Bob Arum’s best quip.

“Yesterday I was lying. Today I’m telling the truth.”

Vox makes a compelling case that everything about JBP is fake. JBP was recently in Slovenia attending the Trilaterial Commission globalist convention. He’s signed with the above-mentioned CAA talent agency, and has the effrontery to charge low-paid low-ranking readers $400 to shake his hand and take a picture. Don’t be fooled by the tweed jackets, practised gestures, and word-salad bullshit. Jordan Peterson is an evil globalist rat.

If you prefer your rats to be of the “pussy-” rather than “globalist-” variety, you might well enjoy my four-volume memoir series of picking up girls around the world. Or possibly my video instructional product Daygame Overkill with infield demonstration of banging hotties. I promise you it only looks Satanic. 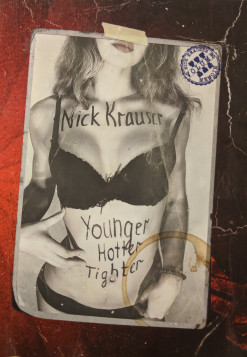 [1] I didn’t know they were rogues until much later.
[2] Based on JBP’s own recollection of highly sexualised dreams which are more exceedingly suspicious than Mr Kipling’s apple pies are exceedingly good.
[3] TL:DR = JBP wrote a knowingly dishonest essay claiming Jews have an average IQ of 115 and this wholly explains their gross over-representation in elite positions. When Vox debunked it, JBP doubled down on more lies and his fanboys harassed Vox. Don’t poke a sleeping tiger.
[4] JBP is almost impossible to quote directly because it’s like quoting a pile of dog turd. There are too many flies buzzing around getting in the way.
[5] Note JBP is not limiting this position to a moral reality (i.e. “there’s no objective moral truth”) or epistemology (i.e. “we can’t accurately comprehend reality”). He goes way further to deny such as thing as an objective physical reality. What a loon. And a total liar, of course, as is everyone who holds such a solipsistic position. If he really believed it, he wouldn’t look both ways before crossing a road.