Back in December 2014 I got a call from a production company working for the BBC. They were making a reality TV show about a young man trying a bunch of different activities to make him more masculine. Picking up girls would be part of it and one episode entirely about daygame. Did I want to be his daygame coach?

No thank you. Why would I want to be on TV? I’m not a woman, nor a faggot.

Not sure if woman or faggot. But definitely TV.

They kept on at me and finally we agreed terms. They’d pay for me to come down to London, put me up in a hotel for the weekend, book a room, set up the cameras and lighting. My job was to get six students of the right demographic, do a presentation, then take their guy infield for a few hours. Seemed easy enough. Knowing that I was dealing with a TV production company, I thought it almost certain they’d be:

So I got their producer on Skype and recorded her promising I could bring my own cameraman and release my own footage in the event I thought their edit was a hatchet job. I asked if she minded if I release the seminar footage recorded by my own cameraman myself. “So long as it’s after we broadcast, no problem, but we can’t give you the footage from our camera.” Win-win. They get their show and I get a product.

Those of you who’ve read Aesop’s fable about the frog and the scorpion will guess what happened next. Being clowns-SJW-dishonest they just couldn’t helping fucking with the whole thing. First of all they demanded the seminar be shot on Friday – when everyone has work or uni. Then all the students had to be aged 18-25 and new to daygame. I explained how my readers are older and most people don’t hear about me until they’ve already been doing sets.

Then they required everyone agree to be interviewed on TV. I explained how the community is mostly anonymous so they agreed this wasn’t important…. and then went back on it immediately, contacting my students and bullying them to agree.

Having explicitly agreed I had full control of the seminar and content (“we just want to be flies on the wall, seeing the event like it normally is”) they soon started acting like it was their seminar, telling me what I was and wasn’t allowed to do. I soon corrected them on that, sending this email:

I’m happy to do the date bit after you leave, but it has to be a reasonable time. Remember I’m coming down from Newcastle to do a special one-off seminar for you that I had to organise in a hurry, with narrow specifications on the attendees, on a difficult day, and I’m not getting paid beyond minimum expenses. So, I’m insistent that I get to do it my way, within reason. Remember I’m not on your payroll and I answer only to myself.

Finally it got to the point that I was ready to bin them. Two days before the event I was finally sent my train ticket. Just before boarding the train the day before I was given my hotel reservation, and by the evening before they still hadn’t told me the venue. There’s a reason these people are interning in media production companies for peanuts rather than earning mad stacks in the finance industry, after all. 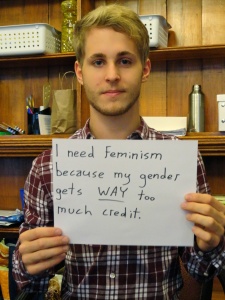 Back in December they told me their “researchers” liked my material and blog. I sent the producer a free login to Daygame Overkill in January. It seems those crack researchers didn’t discover my twitter until the night before the event. I got a pompous faggot (“head producer” or something) call me late on while I was in the pub with Bojangles and Ramy.

So I had a mad scramble to find a venue on less than a day’s notice, inform all the students, and set up my cameraman. The hotel told the BBC to piss off because I’d already checked in. I advised all the students not to tell the BBC the event was still going head because you know how SJWs are with bomb threats. These people were trying to make me homeless on the evening in a very cold winter’s night after inviting me down to their town. Hardly honourable people.

Late morning on the Friday we all met up outside the venue, ordered some beers, and went up to the pub function room for the seminar on Intermediate Daygame. And thus the Black Book was filmed. Dicking around with the production company clowns was a pain, but I’d written the seminar and prepared the slides assuming I was going to do a proper presentation.

Black Book is a 223-minute seminar advising guys who are already comfortable with beginner daygame on how to make the jump to intermediate.