I’ve been reading up on football lately. By football, I mean the game where your foot touches the ball, not that weird faggot-rugby-for-blacks that the yanks play. For a long time I’d watched football shows such as Match Of The Day and Sky Sports before a sudden thought hit me – “I’ve been watching this sport for thirty years and I barely understand what I’m seeing.” This was crystallised when watching a Newcastle match with my dad and enduring ninety minutes of him lying on the sofa, arms crossed, spouting unbelievably ignorant gobshite at the television. He’s been watching football nearly sixty years and appears to have absorbed nothing. So, I’d better not turn out like that.

I realised that the live commentators tell you almost nothing – they talk like attention-seeking toddlers, just repeating verbally what is obvious to the eyes: “Ronaldo loses ball to Messi, Messi runs forwards, and is tackled.” Well, thank you Captain Obvious. 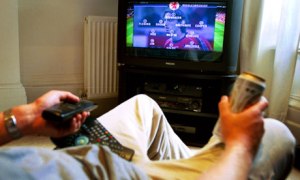 So I cast around and got a shortlist of highly-regarded football theory books. I read Jonathan Wilson’s excellent Inverting The Pyramid. After two weeks studying that I had a general awareness of why teams choose their tactical formations and play in certain ways. Now I’m reading Anderson & Sally’s fascinating The Numbers Game which is like Moneyball but for a sport people actually care about outside of the US and Japan. I’m seeing football in a new way. For example, did you know:

Anyway, I digress. The reason I bring up football is that there is a really interesting chapter on Wigan Athletic and their then-manager Roberto Martinez. The book begins with some simple stats confirming that Wigan has the lowest revenue of any top-flight club – in a sport where the club wage bill correlates 92% to eventual league position – yet upon promotion in 2004/05 managed to remain in the Premier League for eight consecutive seasons and even won the FA Cup in 2013. Per the stats in The Numbers Game then Wigan stood a 95% chance of being relegated in the first five years. Yet they prospered. Why?

The book’s thesis is that Martinez had his team play “guerilla football” to maximise their strengths as a David playing Goliaths. To quote:

“Martinez’s Wigan are not your typical club. In 2010/11, they created goals in extremely unusual ways. They relied much less on traditional open-play goals than most, and did not bother with anything that resembled a patient build-up. In half their games they failed to score from open play at all. When they did, they tended to come from what are known among analysts as “fast breaks” – lightning quick counter-attacks. And the rest of the goals came from free kicks. Their output in both these categories was exceptional. They scored twice as many goals on the break as the average side, and they scored almost four times as many goals from free kicks.”

“Not only did they score from fast breaks and free kicks, but when we calculated the average distances from which Premier League clubs attempted shots that season, Wigan were the overall league leaders. This looked deliberate: their goals came from a longer distance than any of their peers. Martinez was thinking outside the box in the most literal fashion. Indeed, his team had the lowest number of goals scored from inside the penalty area of any side in the league – just twenty-eight, compared to Manchester United’s sixty-nine. He did not place any emphasis on corners – Wigan scored just one goal from a corner in the entire 2010/11 season – because it meant allowing his troops out of hiding and into open sight, leaving them vulnerable. He had his team lie in wait for their opponents and then punish them on the counter-attack. He employed sharpshooters to let fly from distance and snipers to hit free kicks.”

When reading this my mind spun a little. Hmmmmm….. here is a manager who knows his team is outgunned on the normal criteria of the game. He doesn’t have the size or revenue to buy success through normal channels. He knows most of the time he’ll come up short, but he doesn’t need to win every game, he just needs win enough to get a steady supply of points and stay at the top table. Every now and then, such as 2013, he gets some luck and outperforms the biggest clubs in a major competition. But to do this he needs to think outside the box, work hard, and work very intelligently at his own bespoke system. You might spend ninety minutes absorbing pressure from better teams but when that one counter-attack presents itself you can snatch victory. You can drill a series of well-rehearsed set-pieces on the training ground so that when you get that free kick on the edge of the penalty box your whole team is moving with expert synchronisation, every piece in place to outmaneuver the opposition.

Let’s change some of the vocabulary. Imagine someone had realised he was out of his depth in the SMP according to normal criteria. He wasn’t young, tall, muscular or good-looking and yet he wanted to bag the same trophies everyone else is competing for. If he went the same tried-and-tested route as everyone else – nightgame, Tinder, online – he’d barely score a point. So this someone thought outside the box and found a system to get by. It was unorthodox. It involved grinding it out and being alive to when those occasional Maybes and Yeses turned up. And once that chance presented itself, he was ruthless in converting it to a win.

Yeah, imagine getting by for five years or so like that. Sometimes winning the cup final.