We all have our interests and peculiarities. Something I realised from an early age is I’m a system-builder. I take great interest in identifying domains which have learnable skillsets and analytically separate units that can be assembled into a big picture system. Hence I gravitated to sociology as a teenager and ten years later took a deep dive into global economic analysis. In sport I was fascinated with Brazilian Ju-Jitsu. It’s who I am and regular readers can readily see this peculiarity colour my blog writing. Other system-builders in the manosphere include Rollo Tomassi and Vox Day. It’s to the latter I now turn as the lead in to the concept of the gamma male. His original definition:

“The introspective, the unusual, the unattractive, and all too often the bitter. Gammas are often intelligent, usually unsuccessful with women, and not uncommonly all but invisible to them, the gamma alternates between placing women on pedestals and hating the entire sex. This mostly depends upon whether an attractive woman happened to notice his existence or not that day. Too introspective for their own good, gammas are the men who obsess over individual women for extended periods of time and supply the ranks of stalkers, psycho-jealous ex-boyfriends, and the authors of excruciatingly romantic rhyming doggerel. In the unlikely event they are at the party, they are probably in the corner muttering darkly about the behavior of everyone else there… sometimes to themselves. Gammas tend to have have a worship/hate relationship with women, the current direction of which is directly tied to their present situation. However, they are sexual rejects, not social rejects”

When I’m out in the big wide world I sometimes play “spot the alpha”, clocking the men I see and placing them in the socio-sexual hierarchy. Unsuprisingly betas are everywhere but once you add gammas to the mix it can be hard to split hairs correctly. So allow me to present a visual guide.

What you should be looking for as classic gamma physical traits: Soft smooth skin like it’s fresh from the spa having never experienced rugged outdoor environments; penetrating eyes with barely veiled self-righteous rage, passive-aggressive body posture braced for a snarky comeback, weak shoulders and neck. Like spotting alphas its a holistic impressions and thus easier to show examples than to define isolated traits. Gammas are often found weaseling in on what they perceive to be easy targets for their overidentifiaction with the feminine (thus their presence on feminist rallies and around Asian women to play the role of Charisma Man). 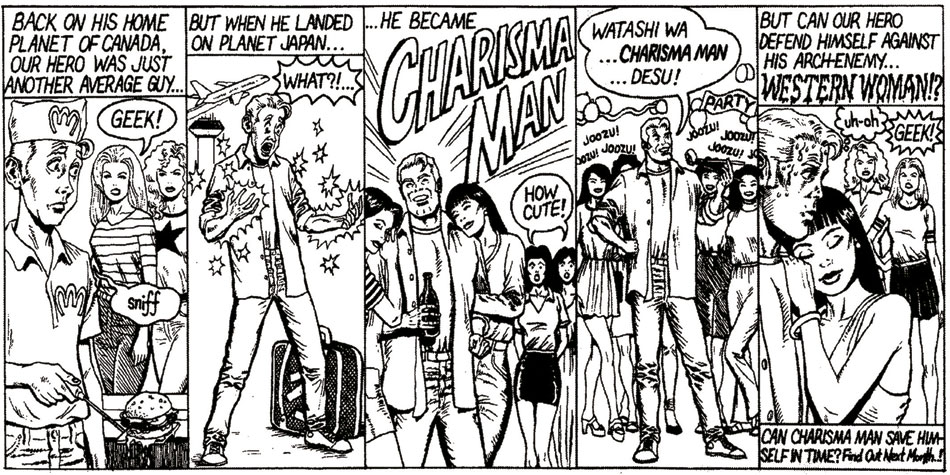 The main differences between beta and gamma are:

Beta – He doesn’t have the accumulated rage seeping out of his every look. Betas are generally so oblivious to their role as societal workhorse they can’t see how they get taken advantage of. Every knock back, every LJBF and he’s thinking “what did I do wrong?”

Gamma – The whole world is against them, it’s all stupid. The gamma thinks he’s smarter and better than everybody else and the world is stupid for not understanding this and bestowing rewards upon them. Every knock back is the world being wrong. A decade of this leads to a build up toxic misanthropy

Beta – His obliviousness extends to his general willingness to follow rules, accept his position (and the societally-approved mechanisms for advancing it), and find a bigger cause to serve. This leads to positive masculine behaviours such as team-playing, strong work ethic, protectiveness over the weak. The world is a generally fair place. His response to failure is to try harder next time and to observe rules of universal justice, even when they work against his immediate interest.

Gamma – His brain is female (hence why gammas often look like homosexuals). He’s a chancer with a penchant for underhanded conniving, a love of Robert Greene books. He takes on the appearance of team play while looking to chisel out personal advantage. Cannot be trusted, ever. His response to failure tends to be whining and moaning, holding other people to moral standards he’d never think to apply to himself.

Lots of gamma males turn to game seeking the magic pill secret system because it promises the kind of underhand manipulative advantage they crave. Then when it fails they fall back onto player-hate and go join a hater forum. I repeat, gammas are not to be trusted. Rollo outlines why:

Every random chump within earshot of your conversation about Game, about your ‘changed’ way of seeing inter-gender relations, about your most objective critical observations of how women ‘are’, etc. – understand, that chump waits everyday for an opportunity to “correct” you in as public a way as he’s able to muster. That AFC who’s been fed on a steady diet of noble intent, with ambitions of endearing a woman’s intimacy through his unique form of chivalry; that guy, he’s aching for an opportunity to prove his quality by publicly redressing a “villain” like you for your chauvinism. Even under the conditions of relative anonymity (like the internet), he’ll still cling to that want of proving his uniqueness just on the off chance that a woman might read his rebuff and be fatefully attracted to him.

I leave you with two of my favourite Gamma moments. Here’s the classic Dear Woman video that went around the manosphere last year in which a veritable coven of gammas beg for sex, and a photo of a Gamma my buddy Bhodi found cracking onto his girl. 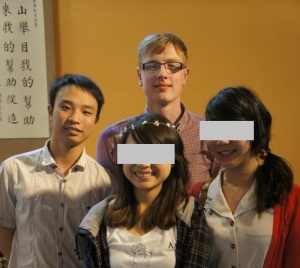