It’s learnin’ time chaps. Here’s a video of a Malaysian model I picked up a few days ago near Trafalgar Square, with full audio from approach to instant date. Suave and I have been shooting a bunch of these for a new seminar we’re working on but this is a freebie. The date itself was an hour so I’ve edited that bit down alot.

Before I kick off with a minute-by-minute analysis of the video, here’s the first few general learning points:

1. She’s a solid 9, in her early twenties. I’m an ugly fucker in his mid-thirties. That should tell you something about how limiting beliefs are all in your head.
2. Aside from her modelling, she’s also a photographer, serious martial artist and a video game nerd. That’s why she’s listening with rapt attention when I talk about sparring, and later we had a discussion on the relative merits of Lost Planet 2 and Left 4 Dead co-op multiplayer.
3. It was raining the whole time. That shouldn’t stop your daygame.

0:08 – Real photos from her portfolio.
0:18 – Middle of the road, waiting in a shop queue, lying in a park, whatever. You can open anywhere. Just adjust your calibration accordingly.
0:22 – This is what Yosha calls the unconventional interruption / pre-frame before the opener itself. An “excuse me” plus a short statement to build intrigure that separates you from the salesmen, chuggers and panhandlers that also approach girls.
0:24 – Every opener is different and should be tailored to the girl. My rule is to think “what is it that made me notice and approach her, rather than any other attractive girl”. That’s harder than you think because there are so many barriers in your mind between you and your sincerity. This girl looked very serious so I used that. It paces her reality, intrigues her, makes her self conscious, encourages her to deny the seriousness (and thus be receptive), and shows balls all at the same time. The best openers are spontanteous because she isn’t hearing the words, she’s feeling the fresh playful vibe.
0:39 – Mildly challenging by questioning the type of work she does. Shows social intelligence, hence her laugh. I haven’t yet told her she’s attractive, so this is an indirect-direct opener.
0:48 – Having showed alot and poured energy in, I’m now going to shut up a little and make her talk. The conversational responsibility is still on me but at this early stage I have to begin her process of progressive investment.
1:01 – We are now in the ploughing bridge (term borrowed from Yosha) in which I have to hang in there and show I’m not a pussy who ejects at the first silence but nor am I the nervy guy who chatters incessantly. So I throw another playful challenge to get her qualifying.
1:25 – She’s picking up her share of the conversation admirably so I can begin to reduce my energy and talk less. The initial high energy was necessary to carry the set and to show her the good vibe she can win back if she’s prepared to earn it but I’m not gonna just give it away. This is the sub-communication subtext to her qualification and investment.
1:40 – Notice the leg movement. Laughing and smiling is the obvious IOI but in daygame the leg movement tells you alot. Crossed legs are her way of settling into the conversation, kicking and stepping legs show playfulness, and when she crosses/uncrosses or shifts weight of her hips she is pussy-tingling.
1:50 – Hit and run DHV. I like to keep my DHVs very short – maybe a sentence or two. Here I’m doing a pre-selection routine but it’s actually relevant to the conversation and I am using it to qualify her as not being a whiner.
1:58 – Notice how close we are and how little I move. I’m holding strong eye contact too. She’s comfortable with that.
2:17 – Qualifying her on the posh school and playfully disagreeing when she objects until she backs down. On paper it would sound like I’m qualifying too hard but it’s playful, I’m smirking, and calibrating her reaction which is still smiley and playful.
2:21 – “kiss all the boys” puts some light sexualisation into it.
2:28 – The estrogen question is showing social intelligence about girls in groups while also personalising the conversation to her, giving her an open-ended question she can use to invest in the conversation and convey her personality. This is not a canned question – it’s the first time I used it. Most of the stuff I say is natural and just feeding off what she gives me and what I observe in this particular girl.
2:31 – You saw that leg cross, right?
2:37 – Nice situational excuse for the bounce and lead, also showing some protective qualities but I frame it as I’ll get run over so there’s light douche-baggery in this too.
2:58 – Pretttttttyyyyy!!!! 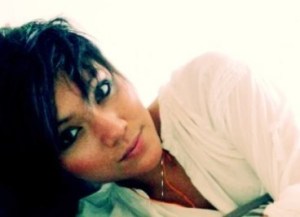 Beautiful in every way

3:09 – Compare her movement to my lack of reaction. I am listening non-reactively and in a judgemental mood so she can’t figure me out. In the rare cases guys that hit on her haven’t blown themselves out in the first thirty seconds, by now they would be jumping all over her energy and feeding it back to her. I’m just sucking it in like a black hole.
3:15 – I throw in a statement of interest. “I’m starting to like you”. She’s winning me over.
3:29 – See how she walks around me. That’s a shit test to see if I pander to her whims. I stay rock solid.
3:54 – Time for the instant date as the rain suddenly gets heavier. I self-referentially mock my earlier “rain is a challenge to be confronted” macho talk and then lead. Usually I wait about ten minutes but the weather forced my hand and the vibe was brilliant anyway.
4:00 – False time constraint and indicate the cafe is only around the corner. This avoids the “big scary date” frame.
4:08 – More light conversational flow and we move further into rapport. We are finding connections and common interests.
4:38 – What an adorable girl. She’s trying to make this interesting and adding her own value
4:45 – A light challenge / disapproval over her liking cats and she immediately qualifies to make me like her again.
5:22 – Another hit and run DHV, about living in Japan. It hits.
5:29 – I deliberately delay answering her question. I’m my own man, I don’t just dance to her tune. But I’m not being a dick about it cos we really have just reached the Starbucks. Good novels are about posing a question and then slowly revealling the answer. Good conversation is the same.

The rest of the video is rapport and I can’t be arsed to go into detail. She talked alot more than it looks from the edited snips but unfortunately there wasn’t much video with her face in the frame so I had to cut most of it.

Anyways, this is how my daygame looks these days.