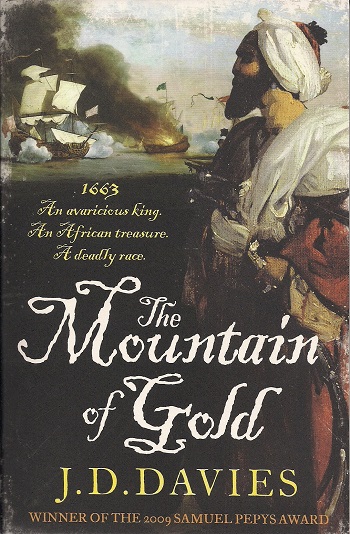 I was browsing the display tables in a Belgrade book store yesterday, my attention focused on the ‘local knowledge’ section. It had the usual established famous writers such as Ivo Andric and Vuk Draskovic, and then glossy coffee-table photo-books on the wonders of Serbia [1]. One thing Serbia does well is book covers. Sadly, they write those books in their own silly language so I can’t read them. I picked up one paperback that was both in English and with a great cover, The History Of Serbia.

Hmmm…. interesting. Should I try this one next? I flicked through the pages.

An internal dialogue revved up and I was soon perplexed. I consider reading to be primarily about expanding one’s mind and clarifying one’s thoughts. If I simply wanted entertainment, I’d watch Netflix. Even when reading trash fiction such as Michael Avallone’s Ed Noon detective series my mind is scanning it for value: turns of phrase, insights into particular human psychologies, plotting logic, recreations of a singular time and place, and whatnot. You can always learn more from reading fiction than watching fiction [2].

But surely reading avowedly educational books is more valuable than mere fiction? So I began to wonder if perhaps I should lay off from the hard-boiled detectives and superspies and read some honest to goodness history. Then my mind drifted to the stack of paperbacks waiting for my Christmas break in Newcastle, including a whole raft of history books. Shouldn’t I spend my last week travelling indulging guilt-free in fiction? 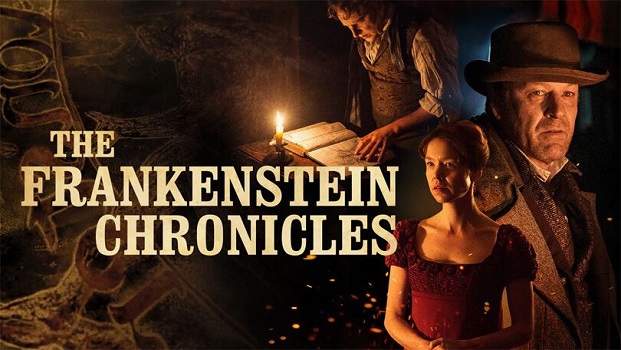 Just finished Season One of this on Netflix. Pretty good.

It was all making me hungry, so I went and had a cheeseburger.

I resolved the internal debate by considering The Mountain of Gold [3], a treasure-hunt adventure tale not unlike what Wilbur Smith or Clive Cussler would write. The difference is that J. D. Davies is a navy nut. A proper hard-core nut for the navy during the English Restoration that put Charles II on the throne. So much a nut that he won the 2009 Samuel Pepys Award [4] for his Pepys’s Navy: Ships, Men and Warfare, 1649-1689. I must say that there are few writers I love more than nerdy well-educated monomaniacs with an obsession for recording unique historical or technical areas for posterity [5]. Having written the dry historical tome, Davies turned his hand towards historical fiction.

And thus resolved my inner turmoil on the fiction vs non-fiction reading debate. You see, Davies has used the fictional form in order to relate a deep and vivid – and factually correct – account of navy life in Restoration England. The plot, character, dramatic tension, and literary flourishes of The Mountain of Gold kept me reading in a way the overtly factual The History Of Serbia would not. If someone was to recast periods of Serbian history in a novel, then I’d read it. Indeed I already have, once.

This is what I like so much about historical fiction over and above imaginative fiction. It’s all well and good reading Harry Harrison’s Stainless Steel Rat, or Tolkien’s Lord Of The Rings – there’s plenty of meat to chew on intellectually if you’ll only just look – but they are not attempting to educate on specific times and places. It’s allegory at best. I like them, I recommend them, but I still prefer Dumas or Wheatley. 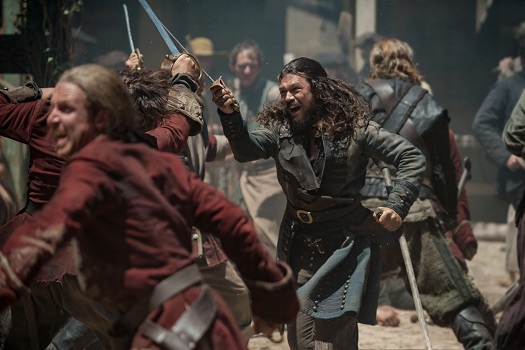 Speaking of Dumas, The Mountain of Gold covers precisely the same period as Dumas’ D’Artagnan Romances that I so enjoyed. Whereas Dumas focused on the French side, especially the Court of Louis, Davies is a Brit and takes the Charles side. Both writers set their dramas upon a stage of real historical events and personages so I was frequently able to tie in the respective books. For example, The Mountain of Gold makes several passing references to the same Monsieur Fouquet whose Fountainbleau castle is the main site of The Man In The Iron Mask‘s plotting, and also refers to Cardinal Mazarin, the scheming rogue featured heavily in Twenty Years After.

So what factual background is it that Davies strives to educate us on in The Mountain Of Gold? Unsurprisingly, it’s all about the navy. This book is packed with vivid and technical descriptions of life aboard British frigates. We learn how they are built, provisioned, caulked, and bilge-pumped. We learn of the Articles Of War governing discipline, the chain of command, and the Admiralty’s goals. Barely a chapter goes by without Davies patiently constructing an understanding of naval life. You can really see his research specialism soak into the prose and, to his credit, it’s rarely boring. There is also much about the political division following the English Civil War and Britain’s squabbling with the Dutch over trading in West Africa.

The story is pot-boiler stuff. In chapter one, Captain Matthew Quinton and his crew are thrilled to capture a corsair pirate from under the nose of a Maltese Knight. That pirate turns out to be an ex-pat Irishman, one Brian O’Dwyer, who spins a desperate yarn about a hidden mountain of gold deep in the African continent. Quinton considers it a ruse to save his neck but is compelled to pass the story back to the King, who green-lights [6] an expedition to find the mountain. The French try to beat him to it. Surprisingly to me is the expedition didn’t actually set sail for Africa until page 183 of 355. There’s as much plotting and scheming in merry England as there is adventuring overseas.

Davies doesn’t write as well as a Bernard Cornwell or a Robert E. Howard. The Mountain Of Gold sometimes plods along, making a meal out of story elements that could’ve be dispensed with to shuttle the plot along quicker. Nonetheless I enjoyed it and can see myself reading more from Davies.

If you want to see stories hurtle along with no bullshit then consider my memoir series. It’s a shooting star, leaping through the sky. Like a tiger defying the laws of gravity. Available here.

[1] Personally, I think my private video collection contains far more wonderful Serbian beauty but that won’t ever be on sale.
[2] More-so considering how pozzed and anachronistic modern television is. I just saw a trailer on Netflix for The Pinkertons featuring a kick-ass female agent as a major character.
[3] Which also has a fantastic cover.
[4] The same guy who wrote the famous diary that is a principal historical record of life in 1660s London. You’ll be pleased to know my own memoir has way more shagging.
[5] You can make a case that the entirety of my Sigma Wolf publishing house’s content is precisely that, concerning Euro Jaunt daygame.
[6] Green lights didn’t exist in 1663, but you get the idea.