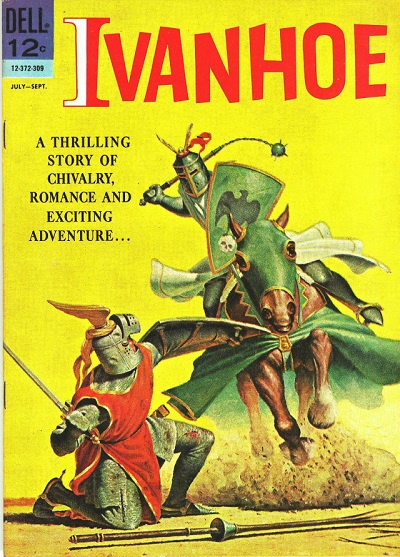 If you don’t like this cover, you’re a faggot

On first picking up this book and taking a look at the title, I assumed it to be the memoir of a Russian prostitute. Imagine my disappointment, then, when upon reading I found it to be just some crusty old medieval fantasy tale written in cack-handed Ye Olde English.

Wait, no. That’s not quite right. Let’s start again.

It would appear that Sir Arthur Conan Doyle has been a naughty boy. Many of you will know him as the author of the Sherlock Holmes detective stories. He also wrote the Sir Nigel knight-errant tales, and the Professor Challenger stories beginning with The Lost World. So, that’s a rather impressive oeuvre. Or is it?

I’d read all 56 Holmes short stories, 4 novels, and watched countless Basil Rathbone Nazi-hunting wartime movie adaptations before I finally stumbled upon Edgar Allan Poe’s Murders In The Rue Morgue. I’d heard whispers Poe had invented the entire genre of Locked Room Puzzle with this short story but…. fucking hell….. it was like reading a Sherlock Holmes story. Conan Doyle had shamelessly ripped it off. I then read Poe’s The Purloined Letter and…. fucking hell… that’s the blueprint for all the Sherlock Holmes stories featuring espionage.

I’ll grant that Conan Doyle’s stories are better than Poe’s, but they are shameless imitations. And yet I can’t be the only fool in these fair lands who gives Conan Doyle the creative credit that rightly belongs to Poe [1].

“It would appear, Watson, to be a story featuring me written before I was born”

You’ll find my review of Sir Nigel here and I was greatly impressed by Conan Doyle’s tale of a valiant young knight doing battle with the French during the hundred years war [2]. Now that I’ve read Ivanhoe I see where his inspiration came from. It’s rather obvious. Again, I think Conan Doyle brings greater literary mastery to his tale than Sir Walter Scott does to Ivanhoe but it’s clear which of the two was the more original writer. Is there anything else Conan Doyle imitated and stole the thunder of? God forbid there are any movies out there featuring an isolated ‘park’ of dinosaurs from a Lost World of the Jurassic era. I think that would finish me off.

On the plus side, it seems Sir Walter Scott was a tremendous influence on most adventure writers. Now that I’ve finally read him I see parallels in Tolkien and the crusader stories of Robert E Howard. It’s hard to believe Ivanhoe was written two hundred years ago as it reads fresh today. It took me only three days to plow through the 400-page tome. So, what’s it about?

The backdrop is strife and division in England a hundred years after The Battle Of Hastings. Normans still rule as robber barons and the Saxons grumble under their heel. King John has usurped Richard The Lionheart while the later was on the crusades and then held prisoner in Germany. A lone knight turns up incognito to a grand tournament and wins both the joust and melee, under the watchful eye of another incognito warrior, The Black Knight. From there begins a tale of battle and chivalry as Wilfred of Ivanhoe seeks to win the hand of his fair Rowena, Richard seeks to be restored to his throne, while Robin of Lockwood and Cedric Thane skirt the edges of the succession struggle. 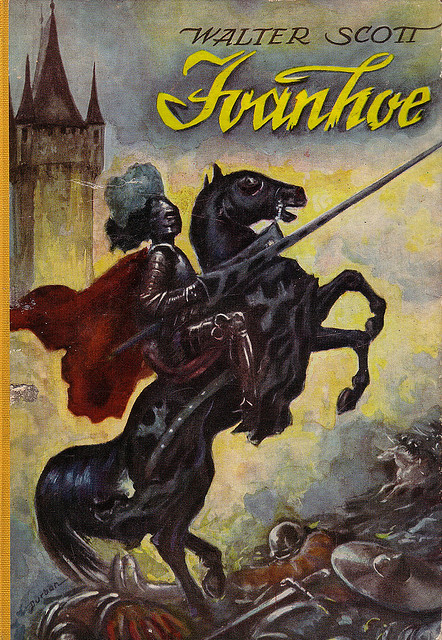 It reads a lot like a Dumas story if he were an Englishman. Like Dumas, Scott is adept at weaving together plot-lines from multiple characters with overlapping but never-matching interests, in showing the political climes of the day, and springing plot twists that don’t feel cheap but totally upend the book’s assumed trajectory. It can get overly wordy at times, like Dumas, with paragraphs the size of the page, but it’s always hurtling onward. It’s the kind of book that makes you want to pick up a sword and buckler and smite some Saracen on the noggin.

From the very first page I had the sense that Sir Walter Scott is an extremely intelligent and well-read man. Genuinely so, unlike a showy bullshitting pseudo-intellectual like Jordan Peterson. It really reminded me of my old maxim that “the Victorians were right about everything” [3] and that previous generations didn’t only have double our modern levels of testosterone but they were smarter too. You can’t imagine a millennial capable of reading this even though it was a mass market success in its day. The introduction to this Wordsworth Classics edition goes into a detailed critique that I didn’t much care for. Apparently Scott was a bit liberal with the historical chronology to speed up Richard’s return to England, he has some anachronisms in the weapons and coinage, and his tendency to overly describe scenes comes from his unfamiliarity with the time period.

Laughably, the introduction finds Scott’s treatment of gender roles and race to be troubling. It’s basically an Alt-Right book [4]. Men are valorized for bravery and battle, with a chivalric code of honour. Women are domesticated. Importantly, a key theme expressed via Cedric is how the Saxons cannot abide their lands to be overrun by foreign invaders because the two races are fundamentally different. There’ll be no race-mixing in this book, thank you very much. One plot-line is that no-one will tolerate their gallants from fraternising with a beautiful Jewish women [5] and much comedic relief comes from Isaac Of York, and avaricious cowardly Jew who is forever in peril.

I wasn’t the least bit troubled.

If you find such gallantry boring and think it would be better to read a memoir including Russians and whores, consider my own KrauserHo! series available here to US residents and here to everybody else.

[1] Never fear, karma has settled that debt to me by all the hustlers who imitate my work without giving credit.
[2] Or Thirty Years War. I forget. Check the review.
[3] The Queen was born one year before this book’s publication so it’s technically-speaking Victorian but my maxim isn’t meant to be that strict.
[4] As was everything back then.
[5] SPOILER – they’d rather burn her at the stake as a sorceress. Good on them!