Have you ever wondered why the French are such faggots?

I have. Why is it they spend all day chomping on onions, riding rickety old bicycles, and surrendering their entire country to Muslim immigration? There was a time when the French were proper hard bastards. Napoleon would sit his generals around a large table [1] and say, “right lads, which major military power will we start a war with today?”

I’m pretty sure Napoleon picked a fight with pretty much the entire proper [2] world. And that, according to Clausewitz, is a big part of France’s modern day faggotry.

Prior to the little Corsican’s military rise, European wars were fought mostly by expensive professional armies in the service of a monarch, such as Frederick The Great of Prussia. Frederick had, after the Seven Years War, reverted his army back to being led by the aristocracy and sent the middle class officers back into the regular economy. This had the effect of distancing them from emotional engagement in war.

“As a result there developed in the Prussian middle classes the impression that the king’s wars were nothing to do with them; and from that it was a small step to the belief that, if it were not for the king and the nobility who fought his wars, those wars need never happen at all.”

But then came the French Revolution [3] and a complete change in how the French people organised war. It was now a war for the masses. The technology of the day (unrifled, muzzle-loading guns effective to only fifty yards) dictated a strategy of long lines of soldiers firing off broadsides in mutual up-close slaughter. This was attrition warfare and very costly to victor and vanquished alike. Especially costly when you have professional highly-trained soldiers.

This led to military strategy of the day being mostly concerned with manoeuvre rather than fighting. Nobody really wanted to fight. Theoreticians would even profess that wars could be won by the enemy conceding through being out-manoeuvred rather than beaten on the field of battle.

Napoleon’s armies had been rag-tag skirmishers who overwhelmed such small professional armies with long unstoppable columns that wore down and then overwhelmed the long thin lines, and chaotic scattered skirmishers.

Is that the Bastille, or just a Muslim celebration after winning the World Cup?

That set Clausewitz thinking. He wanted to analyse war not through abstract principles to tell generals what to do, but rather to look at successful generals such as Frederick and Napoleon and then figure out and theorise what they’d already shown to work. Central to this was the observation that France’s unique political situation opened up new avenues for military strategy.

“The French armies were able successfully to break all the military rules because the politicians discarded all the normal political and economic constraints. For manpower they depended not on highly trained and expensive regular troops but on patriotic volunteers and, later, conscripts in apparently unlimited quantities whose services were virtually free. The French troops foraged for themselves, and if they deserted there were plenty more to take their place.”

The French could overwhelm the opposition because the entire country was militarised and the people supported the war objectives. It wasn’t just a “king’s war” for them. This would lead Clausewitz to focus upon morale and political conditions in the homeland as critical components of the war. Lenin and Trotsky would later bring that into the USSR and Stalin learned that lesson in The Great Patriotic War beginning when the squareheads gave the russkies a bloody nose in Operation Barbarossa.

The problem here is that Napoleon mortgaged the entire future of France to win temporary supremacy in Europe. He burned through his entire male population, throwing them into the meat grinder. Worse still, as any keen student of r/K selection will tell you, total war has a horribly adverse-selection effect on the population. The sly rabbits find ways to escape military service and the brave wolves volunteer for the front. Winning rabbits rape all the women when sacking cities. The net effect is total war turns you from a population of hardy warriors into a country of cheese-eating surrender monkeys.

The French Revolution ruined France and it has never recovered.

Clausewitz was at Borodino, fighting for the Russians

But Nick, what did Clausewitz have to say about daygame? Well, sonny Jim, I’m glad you asked. There is a lot of On War that addresses the strategy and tactics of chasing skirt. First lets hear him criticise earlier prescriptive theories:

“They aim at fixed values; but in war everything is uncertain, and calculations have to be made with variable quantities.

They direct the inquiry exclusively towards physical quantities, whereas all military action is intertwined with psychological forces and effects. They consider only unilateral actions, whereas war consists of a continuous interaction of opposites.”

So, routine and lines are out. Game is about recognising interactions as an ebb-and-flow. A man must take account of these interconnected elements – the uncertainty of information, the importance of moral factors, and, lending emphasis to both of these, the unpredictable reactions of the adversary. “Everyone has a plan until they get hit,” said Mike Tyson.

The best generals are successful gamblers who had the nerve to back their judgement.

Clausewitz developed the concept of friction to explain why plans rarely work as intended. “With uncertainty in one scale, courage and self-confidence must be thrown into the other to correct the balance”. War is dangerous and that leads to elevated tensions. It involves suffering, confusion, exhaustion, and fear.

“Everything in war is very simple, but the simplest thing is very difficult.. Countless minor incidents – the kind you can never really foresee – combine to lower the general level of performance, so that one always falls far short of the intended goal… The military machine.. is basically very simple and very easy to manage. But we should bear in mind that none of its components is of one piece: each part is composed of individuals, every one of whom retains his potential of friction.

Fog can prevent the enemy from being seen in time, a gun from firing when it should, a report reaching the commanding officer. Rain can prevent a battalion from arriving, make another late by keeping it not three but eight hours on the march, ruin a cavalry charge by bogging the horses down in the mud.”

This friction is what distinguishes real war from war on paper. Any seducer will know this from dating. Chasing skirt is rife with friction. Phones run out of charge, mobile signals drop for hours, and trains are late. A girl can get bogged down in a rain shower and not show up, or go to the wrong McDonald’s as a meeting point. Even opening is fraught with difficulty when you spot a girl outside the mall but drag your heels too long and she’s disappeared into a store or hugged a friend who just showed up. 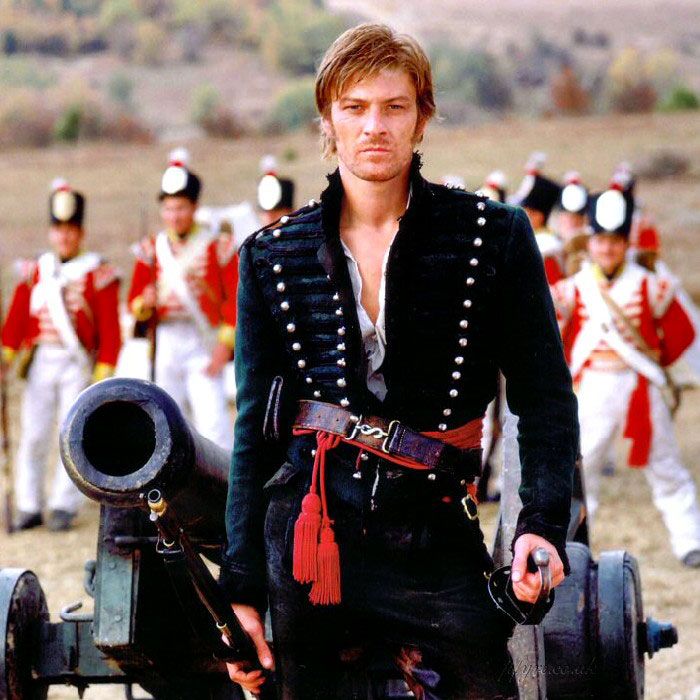 Daygaming in the Clausewitz era

Clausewitz thus focuses a lot on the ‘moral’ forces – of the ability of the commanders, the army, and the people to endure friction and push forward. In daygame we all know this, the stubborn determination to do “one more set” and to just push that girl to “one more escalation attempt”. It is the daygamer’s ability to push through friction that will improve his results [4]

You go on a date even though you’re knackered. You rack your brain for the recovery text. You take the chances.

What are the characteristics of a good player? Clausewitz suggested two.

“The first was intuitive, the quality labelled by the French coup d’oeil: the almost instinctive capacity to discern through the fog of war what was happening and what needed to be done; [5] a flair for essentials that enabled the commander to select the right course almost without thinking, and certainly without going through the elaborate process of calculations of possibilities and probabilities that would paralyse the decisions of a lesser man [6].

The second requisite, said Clausewitz, was the capacity, having taken a decision, to stick to it: determination. Everything would conspire to convince the general that his decision had been wrong.”

There is much in Clausewitz to direct the aspiring player but I’ll leave it to the reader to pursue this further. If you’d like to read Krauser On Game, get yourself Daygame Infinite.

[1] While chomping on high-class onions
[2] That is to say, European
[3] I’ve read so much about the Revolution from so many different angles that I’m starting to wonder if it wasn’t the worst event in the history of the human race.
[4] Likely why I got laid far more when I was really into chasing skirt than now, when I barely care.
[5] That’s calibration to you, pal
[6] Say, a Deepak Wayne or a Lithuanian rapist PUA