I’ve heard lots of uncomplimentary things about the former best-selling Dennis Wheatley who is now one of my all-time favourite authors [1]. Obviously I brush aside the modern soyboy comments that he’s racist, sexist, homophobic and whatnot. I mean the criticisms of him from a literary point of view.

First among these is his turgidness. He has a tendency to overly describe things in precise detail including all the various reflections a character makes before his action. Wheatley could spend two pages outlining the thought process behind Duke De Richlieau brewing a pot of tea. I don’t mind this at all. I’m one of those rare readers who didn’t feel Atlas Shrugged got bogged down and I’m finding the same pleasant pacing to War And Peace now. Slow patient exposition doesn’t bother me when it’s done well.

A second criticism of Wheatley is his ‘make it up as you go along’ plotting. It’s entirely valid but I like it. Most experienced writers will have a general idea where a book’s plot is headed and they’ll go back into early chapters to add foreshadowing and background for later plot twists, once decided on them. Wheatley writes as though he doesn’t even re-read a chapter after writing it. His books exist entirely in their present.

Let me give an example from this book. It begins, in 1938, with a cruise ship halfway from Cape Town to Rio De Janeiro. The first chapter sets us in a wild storm with driving winds and huge waves, the ship on the verge of sinking. Wheatley introduces us to his vast (and very interesting) cast of characters huddled up in the lounge bar and the Finnish crewmen battening down the hatches. All kinds of intrigues are set up here. There’s the twice-divorced thirty-year old beauty who seems to have boarded under a false name to flee South African police, and the sleazy greasy Venezuelan mine owner who knows her dirty secret and will blackmail her for sex. There’s the dissolute disgraced British trustfunder drinking himself to death, and the waif-like society debutante he fancies. Lots of interesting backstories and characterisation. 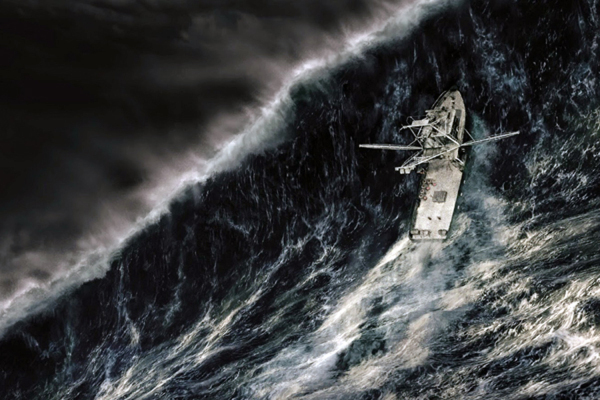 The order is given to abandon ship and everyone piles into two lifeboats. One of the boats is immediately caught on a wave, smashed into the ship’s hull, killing everyone aboard. Like that, in one paragraph, half the cast is killed off. It’s extremely rare to read genre fiction nowadays where a writer would have such redundancy in his writing. I love it, because you really can’t predict how things turn out. Only the main hero is ever guaranteed survival.

This type of plotting continued throughout. So the first few chapters are a disaster movie, like The Poseidon Adventure, the ship’s crew battling a storm and the passengers keeping their spirits up. Then it becomes Castaway, as a lifeboat drifts aimlessly in searing heat as the survivors run out of water and are soon at each other’s throats. Then they find the ship again but their triumphalism is abruptly cut short as they become trapped in supernaturally thick sea-algae and are attacked by kraken. They drift towards two uncharted islands and the book shifts tone again. One island is inhabited by aggressive negros who use balloons of hot air and stilts to traverse the sea atop the moss…. in order to attack the other island which is a peaceable white community [2]. The next plot twist is they are all attacked by giant crabs. 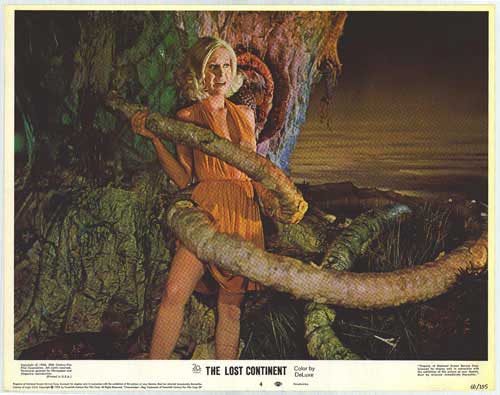 They made of movie of it too

I get the feeling old Dennis would just get a bit bored with his current plot trajectory and think of silly ideas to spice it up.

The thing about Dennis Wheatley is that he has the unmistakable genius for compelling writing. He could write about going to his corner shop for a pint of milk and make it exciting [3]. Despite every single element of this book being utterly preposterous, his writing makes it thoroughly believable. I couldn’t put this book down.

I really ought to do a more in-depth review but I read this in St Petersburg a month ago and left the paperback in my hotel room when I checked out. I instead direct you to a much better review of the same book here. Sadly, that reviewer is a bit of a faggot and seems to support Wheatley’s modern editor SJW-ifying the master’s prose to make him palatable to a new generation of traitors, cucks and soyboys. Still, a good review.

[1] Alongside Sven Hassel, Robert E Howard, Agatha Christie and Alexandre Dumas
[2] You see where the ‘racist’ accusations come from.
[3] He’d likely encounter a sinister communist plot to create aggressive gerbils to assassinate the Tory prime minister or something.