The cover is the best thing about it

It’s funny how a series of books can change in tone as the author struggles to develop them. They’ll perhaps begin quite similar to whatever inspired them, then as the author finds his narrative voice (or responds to reader input) the series can shift. The first Destroyer book was hardcore revenge, as a specially-trained government assassin takes on a shadowy New York cartel. The second book [1] went into oddball sexual fetishes and Nazi occultism. I felt unclean just reading it.

This third book veers even more sharply away from the original. It is now mixing in comedy, with assassin Remo playing the straight man against his ageing Korean ninja death master mentor Chuin’s funny man. There’s also a sidekick Chinese girl ranting Mao-isms so that hilarity can ensue from her being slapped down.

Hilarity does not ensue. This book is an abortion. 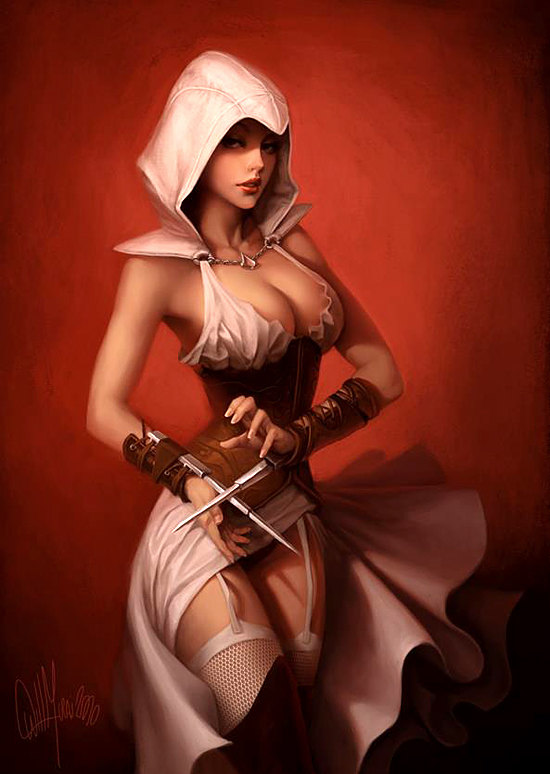 The story, set in 1972 when the book was published, is that the president of Communist China is due to visit the USA for an historic peace summit. His advance team is poisoned on a domestic US flight and then when his second-in-command General Liu flies out he is promptly kidnapped from his motorcade and mysteriously disappears. The POTUS sends Remo and Chiun to investigate, with a one-week deadline to find and rescue the General.

Remo enters the fray in chapter two as he and the eighty-ish Chiun are practising running up and down the outside of tall buildings. I quote:

“Fleetingly, he wondered if he really was ready. Were his hands strong enough, his timing keen enough, to overcome gravity, by the disjointed rocking technique perfected in Japan by the Ninja – the warrior wizards – more than ten centuries ago?”

If you think that’s ridiculous, well, it’s just getting started. Remo is getting chauffeured from an airport with the commie chink girlfriend of Liu, who is sent by the ChiComs to aid the investigation. The driver leads them into an ambush, so Remo kills him and gets out the car to face his eight assailants. The action proceeds as follows:

“You’re all under arrest,” he said. The eight stopped.
“What’s the charge?” one of them answered, in precise English. In the light of the headlamps, Remo could see he was a tall heavy man with a bony face, wearing a snap brim hat. His answer marked him as the group’s leader. That was what Remo wanted to know. He had use for him.
The man repeated, “What’s the charge?”
“Reckless dying,” Remo said. He leaned his weight back onto his hands, then with a push of his arms and a leap his body flashed through the air. The polished tip of his right shoe crashed into the Adam’s apple of the first man on his right. His feet hit the ground, his hands still on the trunk of the cab, and without stopping, he spun about on the trunk of the car and repeated the action, flashing out with his left foot at the man closest to him on the left. This shoe too was christened in the Adam’s apple. The action occurred so quickly that both men fell simultaneously, their throats crushed, death on its way.”

That’s the first two guys. Be sure the other six died in equally theatrical and unlikely fashion as Remo whizzed between them in a blur of ninja motion. That attack failing, Remo’s enemy hires a Puerto Rican super sniper to shoot him from a building across from his hotel. The ninja power of Chiun is so strong that just by sitting in lotus position on his bed, two hundred metres away, he’s able to unnerve the assassin and render him unable to fire his rifle. The sniper gives up and waits in his hotel until Remo comes up and murders him.

This book is filled to the brim with super-Ninja bullshit. It’s unbelievable. What kept me reading is the astonishing lack of political correctness as the Korean Chiun bickers with the Chinese girl Mei Soong, while American blacks and whites do likewise. There’s a constant undercurrent of racial tension in everything – not surprising considering this was the era when major US cities were all like Ferguson in it’s month of riots.

But I stress, the humour is awful.

“My government has sent me here to officially identify my husband [General Liu],” Mei Soong said in English. “They did not send me here to suffer abuse from this reactionary, meddlesome old man.”
“I’ll show you how old I am in bed, little girl. Heh, heh”
“You are gross, even for a Korean. Do you still remember your last erection?”
Chiun emitted a warlike shriek and then poured forth verbal Oriental abuse.
Remo pulled to the side of the road, “All right, Chiun. Up front with me.”
Stilled instantly, Chiun moved into the front seat and adjusted himself angrily. “You are a white man,” he said. “Like moldy dead grain. White.”

The tonal shift from Destroyer #1 is massive. Back then, Chiun was a learned, wise and impertubable martial arts master who could inflict death at a touch. In this scene he’s merely a cantankerous old letch who’s easily phased by a girl’s taunts about his todger.

A bit later, Mei Soong kicks off again and Remo figures the only way to calm her down is to rape her until she likes it. So he holds her down and molests her while she calls him a filthy capitalist swine, but just as he’s about to stick it in she says “Damn you, I want it.”

“Ah,” yelled Mei Soong, her eyes shut in ecstasy, “Fuck Mao, Fuck Mao,” and Remo suddenly withdrew fully and stood up. Under different circumstances, he would have stayed, but now he needed her to follow him, to be unsure that he would ever want her again. So he left her exhausted on the couch, and zipped up this trousers, having performed fully clothed.
And then he say Chiun standing in the doorway, shaking his head.
“Mechanical,” he said.

The trio have trouble in a department store when Mei Soong is seduced by capitalism’s amazing clothes and handbags, but shit-talks the unionised shop assistant wrapping her purchases. There’s a fight in a Chinatown restaurant and then finally a showdown in a karate dojo that even made me blush for it’s outrageous racism. Remo is lured there by Mei Soong, who is actually working with General Liu to undermine the Chinese peace attempt (Liu had escaped the motorcade deliberately, and was not kidnapped). So, Remo is surrounded by seven big muscular black men, all karate black belts (and Black Panthers, to hear them talk).

“You jumped right out a comic book”

After the leader attacks and is killed by Remo, this happens:

Then there were six, six stunned black faces, eyes widening. Then someone had the correct idea to attack en masse. It looked like a race riot in martial arts robes. “Get the honkey bastard. Kill whitey. Get whitey.”

Remo chins most of them then picks up two curved gray tiles from a pile as weapons.

He spun around one blow and brought the two bricks, one in each hand, together, with an Afro between them. Directly in the middle of the Afro was a head. The two bricks made valiant effort to meet. But they cracked. So did the head in the Afro between them.
The Afro with the open-mouthed head went to the mat. The remnants of the tiles went into the air. The last black standing threw an elbow that missed and then said, eloquently:
“Sheeit.”

I think liberals would be unable to finish this book. Remo kills everyone then soon tracks down General Liu who murders Mei Soong before she can betray his secret plan by blowing her head off with a .45. Remo and Chiun are invited to China where the Korean jumps around the presidential palace with a seven-foot sword dismembering Liu’s bodyguards before ramming the sword into his mouth and skewering him vertically to the floor.

So long as the art is like this, I keep buying

I don’t recommend this book at all, excepts as a car-crash of what happens when martial arts mystical baloney is wrapped up in ludicrous jingoist racism and sadistic violence for the edification of teenage boys who want thrills. I might try one more Destroyer book but if they keep going in this direction I’m going back to the relative sanity of Mack Bolan

If you’d like to read about a forcible seduction of a lippy Chinese girl who eventually surrendered and wanted more, consider volume two of my memoir A Deplorable Cad.