This review is slightly out of sequence (it’s actually #25) but it’s fresh in my mind so I’m going with it. This book is from the Past Masters series, short introductory books for university students intended to cover the major thinkers in the Western canon. 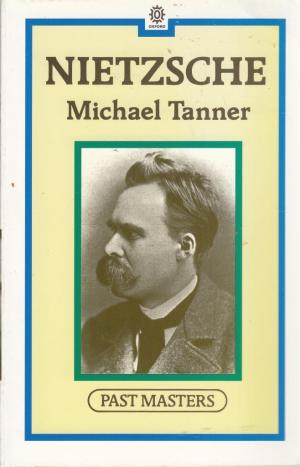 Never once spelled that right

I’ve long believed that understanding the personality, situation and background to a writer will tell you at least as much about his writing as the words he leaves on the page do. Nietzsche was a weirdo. Here are some choice highlights of his life:

Nonetheless he seems to be taken rather seriously in certain circles so it behoved me to inquire a little into his ideas. I have mixed feelings about him now, though bear in mind this book is the only thing on Nietzsche I’ve read so I’m somewhat at the mercy of Tanner’s own understanding of the man.

Things get off to a bad start with The Birth Of Tragedy. Nietzsche shows himself to be as susceptible as anyone to the utter insanity of the post-Hegelian German intellectual tradition. This tradition seemed to mostly follow this little loop:

1. Fall in with one particular “name” philosopher who is either currently in the zeitgeist or is fashionably contrarian. Draw heavily from his ideas.
2. Recast history (“historiography” I believe it’s called) as being an eternal battle between two opposing grand concepts. For Hegel it was the master and slave, for Marx a materialistic version of the same, for Nietzsche it was epic vs tragedy.
3. Shit this nonsense over hundreds of pages of interminable obfuscatory prose intended to make you look clever.
4. Hope everyone in the coffee houses talks about it and your own name is advanced. 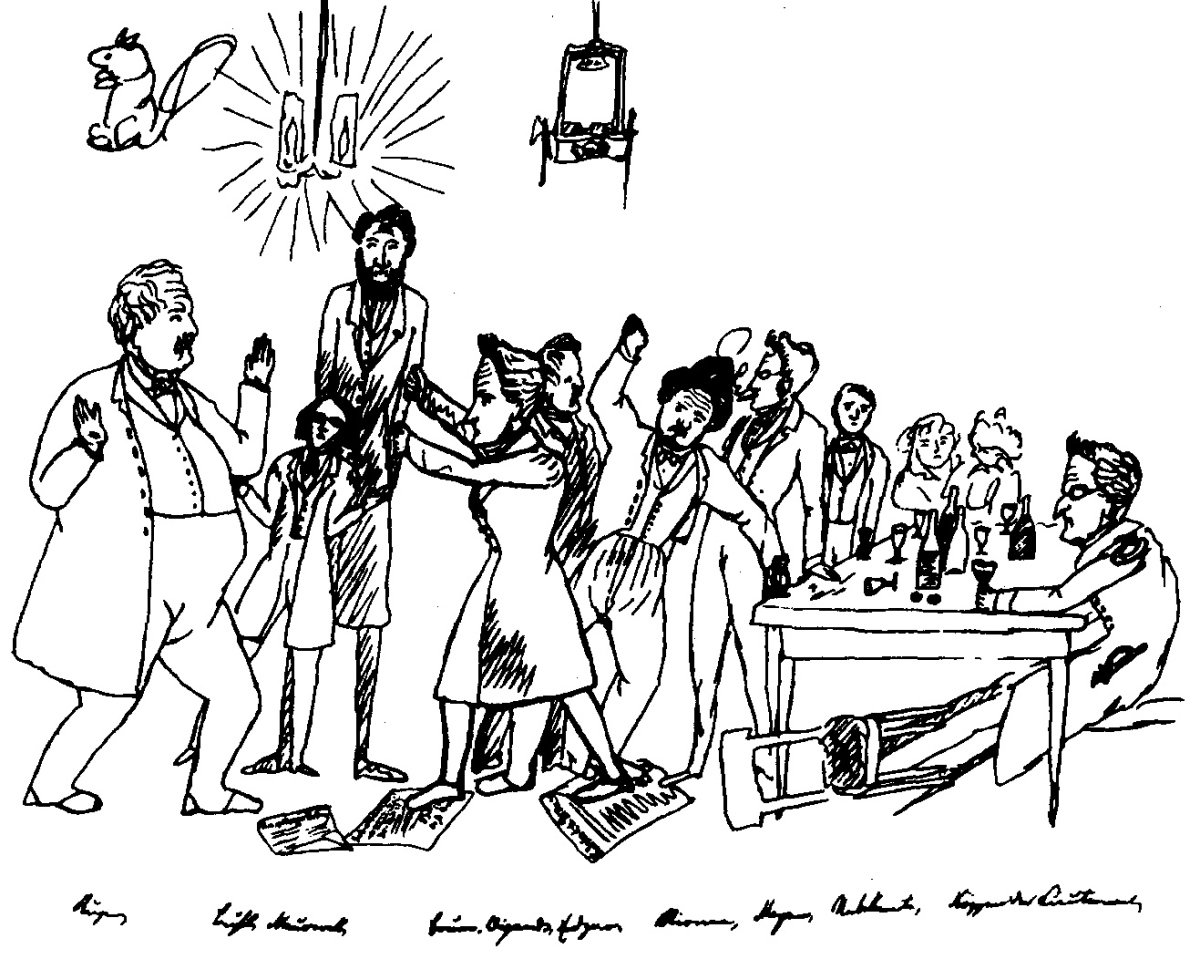 This kind of thing

This is what all these snidey gamma fuckers were up to and it’s left a horrendous pseudo-intellectual tradition of high-sounding gibberish behind them [5]. I suppose we can’t blame Nietzsche for it when he was 27 years old and absorbed in that way of doing philosophy. Fortunately he appears to have grown out of it.

He wasted lots more paper with Human, All Too Human but then seems to settle down a bit with Daybreak and moves away from pretension and towards coherent argument. Tanner outlines in chapter one that Nietzsche is ironically misconstrued by history due initially to his work being badly translated until 1950, secondly by him writing copious notes that are works in progress rather than completed thoughts which later writers disingenuously cherry-picked from to lend weight to their own opinions. Also, people seem to have linked him inextricably to the Nazis [6]. It’s ironic because virtually the last thing Nietzsche wrote was this:

Tanner asserts that Nietzsche was not a proponent of the nihilism that made him famous. He actually feared it’s onset. Primarily concerned with how culture can deal with the preponderance of human suffering (remember Nietzsche’s life was full of suffering) he’d first tested his ideas with the historiography that epic plays ennobled humans but were unsustainable and that tragedies nourished the soul more effectively.

By the time of Daybreak he’d begun speaking directly of morality in the sense moral philosophers do.

“There are two kinds of deniers of morality… first, to deny that the moral motives which men claim have inspired their actions really have done so… [second] to deny that moral judgements are based on truths”

He states he agrees generally with the second, and sometimes with the first. His full paragraph is an awfully wordy way of saying (i) people claiming moral virtue are often insincere and (ii) there are no foundational ethics. Still, what do I know. I think these Germans are all full of shit and tie themselves in knots constantly [8].

Unlike Marx, Nietzsche doesn’t like the idealistic telos of the German tradition, the idea that history is progressing towards a greater goal. Marx famously built his epistemology on the proposition that all ideas in the superstructure are conditioned by the economic infrastructure, and thus we take as timeless and immutable modes of thought that are specific and conditional. Nietzsche seems to agree in broad strokes but without the inevitable movement forwards. It could just as easily regress.

His worry is that modern society has lost its originator of moral belief (God) and is thus drifting towards nihilism. He states this in Twilight Of The Idols about “the English” philosophers:

“They are rid of the Christian God and now believe all the more firmly that they must cling to Christian morality. That is an English consistency… We others hold otherwise. When one gives up the Christian faith, one pulls the right to Christian morality from under one’s feet. This morality is by no means self evident; this point has to be exhibited again and again, despite the English flatheads. Christianity is a system, a whole view of things thought out together. By breaking one main concept out of it, the faith in God, one breaks the whole: nothing necessary remains in one’s hands.

When the English actually believe that they know ‘intuitively’ what is good and evil, when they therefore suppose that they no longer require Christianity as the guarantee of morality, we merely witness the effects of the dominion of the Christian value-judgement and an expression of the strength and depth of this dominion.”

I’m inclined to agree and certainly believe it an accurate prognostication of the decline of the West into atheism and degeneracy. The human mind is swayed primarily through habit, herd-instinct, and rhetoric. By kicking away the supporting pillar of Faith, the free-thinkers set the stage for ultimate collapse and rendered the West easy prey to the cultural Marxists from within and the more fanatically-held Faith of rival cultures.

But is this very clever, to justify Nietzsche as a great thinker? Evidently his contemporaries didn’t think so. 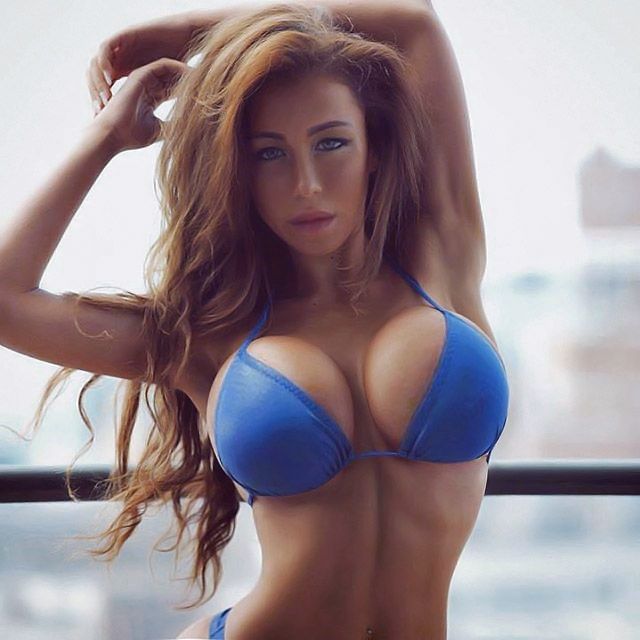 Now this is a problem of moral philosophy

Not really. This is a repeated pattern of human action. People adhere to a principle, live their lives based on it, come to believe they no longer need the principle, and behavioural inertia continues for a while to give the impression things are fine…. and then collapse. We see it everywhere. For example, the Feminists of the hippy era abandoned all the beliefs that held the family together but because those individual women had been raised under patriarchy, their pro-family behaviours held things together, mostly, until their own children grew up. The problem came when those children, raised without patriarchy, began forming (or not forming) families without having all the pro-civilisation patterned behaviours.

This is just how people are. There’s always a group who don’t like societal strictures who will say “let’s just relax the rules, nothing will go wrong”. The rules get relaxed, things seem okay for a while, then we get the collapse which were the reason why we had the rules in the first place. The car drives in a straight line a little while after the driver has fallen asleep at the wheel.

I’ll restate that this is the only book on Nietzsche I’ve read, and thus I have far from a nuanced reading of him. But so far I’m very much underwhelmed. He seems like just another German pseudo-philosopher reheating a load of nonsense under impenetrable language. I had more than enough of Hegel, Feuerbach and Marx. I don’t need more trash.

If you’d like to see modern rationalist philosophy organised into a coherent readable structure that does not betray a syphilis-addled mind [9] then you’re best off reading Daygame Infinite. It is truly beyond good and evil.

Not this shitty Lefty French game

[1] In itself hardly a mean feat. Those pompous intellectuals were the manosphere of their day, gossiping like little girls over the fashion of the week.
[2] There’s a gamma tell if ever there was one.
[3] There’s that secret king thing again
[4] Funnily, I’ve experienced a low-rent version of this with former fan boys of Daygame Mastery casting me in the Wagner position. Many still write hate-fuelled long-winded comments on my blog despite them all wasting away in my auto-spam folder
[5] The French intellectuals did their own version last century which was just as awful
[6] I’m not sure why this would be a negative.
[7] Considering he was still unread and unheard at this point I don’t think anyone was confounding him with anything. Shades of gamma self-importance there.
[8] Just try reading Marx in his own words. Fucking hell, what a moron.
[9] Fingers crossed. Haven’t had an STD test in a while.