The Château RSG experiment owes its genesis to a side of Tony’s character that always aggravated me. He’s a cheapskate. In all the time I’ve known him, he’s never had a real job. Every time we had team meals, he’d insist on a happy hour or a restaurant accepting the Taste London discount card. It jarred with me because I’d spent the last few years in a $100K office job and couldn’t fully appreciate the minimalist lifestyle Tony adopted.

Like most things I’d learn about game and life, I resisted it in the beginning. Watching Tony live, I’d gradually pick up on his soft, easy-going vibe, his unwillingness to be rushed or buffeted, his deep passion for the emotional pay-off of seduction, and his continuous effort to challenge and suppress his own ego. Looking back I can appreciate the profound impact he had on my eventual success. But at the time I thought he was a sanctimonious cunt and we frequently clashed.

He’s one of those guys who has always managed to get by on whatever crazy idea he’s had, sometimes much better than merely getting by. He was a competitive salsa performer and milked his salsa classes as an “ecosystem” to score girls. Being a good-looking man who kept himself in shape at the gym helped, but he still had to be able to dance and make the whole thing work… which he did with great success.

Tony’s a masculine guy and very much a hustler. He stretches each idea until it stops paying him or it starts to feel like work and then he finds something else. After the salsa became humdrum, he started selling himself to medical experiments – drug trials specifically. Those paid well, but it was feast or famine. We always knew he’d been at a trial because there’d suddenly be a plush leather recliner in his room, a new flat screen TV, and M&S food on his fridge shelf. Then he’d be back to scrutinising itemized bills at restaurants and clipping Asda coupons from newspapers to stock up on value-brand beans. Easy come, easy go. Tony very much lived for today.

At the time, I thought it was dissolution. Madness, even. I was brought up as a saver, not a spender. Later, as I continued to extricate myself from the rat race, I came to empathize with his laid-back attitude to money. Why wait for retirement before enjoying it? 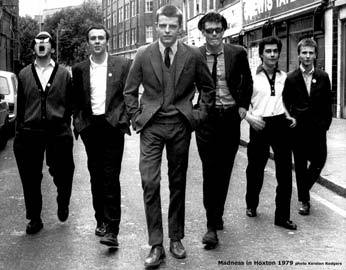 I suppose the best way of summing up Tony is to say that he’ll always look for the edge in any situation. If there’s a dodge, he’ll take it. He’ll do virtually anything to make money, except getting a job. That mindset led him to hit upon the idea of property guardianship.

At any given time there are thousands of properties sitting empty in London. Perhaps the tenant has moved out and his replacement is delayed, perhaps the building is to be re-purposed and remains empty in the interim, or perhaps it’s to be rebuilt but the developers need planning permission. Amazingly, for a country with so many vacant properties, England’s legal system is very much biased against landlords. This has created an entire class of predatorial rent-seekers, be they gypsies or anarchists, who move in and steal the place.

There are all manner of sections, sub-sections, clauses and sub-clauses in English common law dating from hundreds of years ago which give squatters (i.e. Occupy Wall Street-type characters) legal rights that you wouldn’t really expect. Often, there isn’t much a landlord can do to kick him out. That makes it very easy for hustlers to move illegally into an empty property against the owner’s permission, and as long as they don’t cause any damage that can be construed as the criminal offence of “breaking and entering” the police can’t evict them. The law deems it a civil not criminal matter, thus the landlord is on his own and a squatter’s downside risk is capped at simply leaving the house and trying it on again elsewhere. Within the eviction process there are also all sorts of odd time limits and human rights laws that further complicate matters. In fact, in some cases, squatters who manage to stay put for ten years are awarded legal title to the property as “adverse possession” under the 2002 Land Registration Act.

The scammers in England, mostly Irish or Romanian gypsies, took this as a green light to break into empty properties, scam the legal system to get title to the property, sell it, make money and move on to the next score. Continental Europe’s solution to the gypsy squatter problem has, historically, been murder and mass expulsion. Being fair play, cricket-loving English, we came up with a rather less extreme solution. It’s called property guardianship.

Anyhow, I digress. There are specialist letting agencies who deal in vacant properties. They promise the owner that they’ll take over management and then introduce tenants (“guardians”) to live there. These tenants have agreed to restricted rights, including exclusions from all those laws that squatters take advantage of. An occupied building keeps the squatters out, both as a deterrent and also because if squatters enter, it’s a clear case of criminal entry and thus the police can be involved. 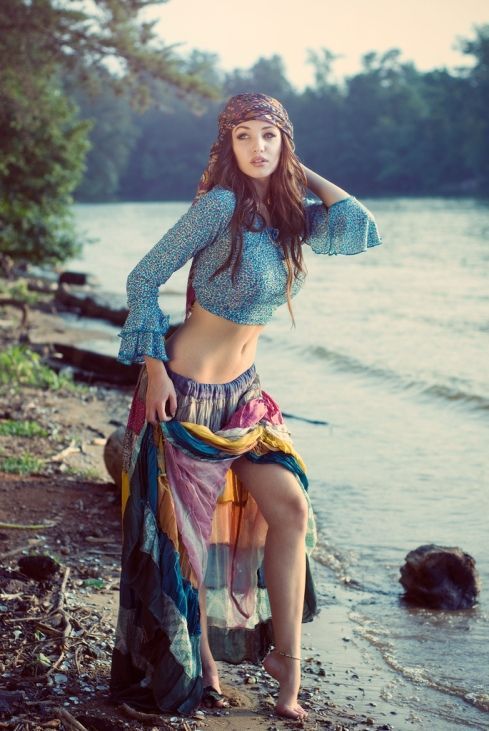 If they looked like this, we wouldn’t need to keep them out

The only downside for guardians is the lack of choice over where you stay. Many properties are shitholes and the plum properties go to those the agency know and trust. Tony and Jimmy were in that boat when they signed on with one of the two main agencies in London. They first moved in to a massive residential care home way out east. I visited Jimmy one evening and felt it was Project Auschwitz. It was good forty-five-minute ride on the Underground just to get a sniff of civilization from a Starbucks or Pret-A-Manger. Not only that, the place was horrible. It may have been massive, with about a hundred rooms in the whole place, but only a tiny part of it was habitable. The ceiling had fallen in and there was rubbish strewn all around.

I’m not joking when I tell you it reminded me of a Vice documentary I’d seen about Liberia – that tiny West African rat-infested toilet engaged in civil war. Part of the documentary visited the old Hilton Hotel of Monrovia. During European colonial times, it had had a top-quality restaurant, a glittering swimming pool and a roaring tourist trade, but since being handed back to the Africans it had become a crack den, not safe to walk through without armed guards. And that’s exactly how Tony and Jimmy’s first guardian property looked.

But that wasn’t the worst aspect. Already in residence were six horrendous women. They were a mix of English, American, and Dutch girls, ranging in age from their mid- to late-twenties. They didn’t like the idea of new tenants moving in to share their place, having nurtured the idea that it was their place. Rather than make the best of it with the new tenants, they wanted to drive Tony and Jimmy out. They started blanking them, locking doors on them, complaining all the time, and even hiding shower gel. It was Mean Girls in Zone Six.

Unfortunately for the girls, Jimmy and Tony are strong, resourceful characters, and they certainly weren’t about to be pushed around by a pack of soap-stealing hags. The script was soon flipped. The boys stood their ground with cocky smirks, knowing this would prompt the girls to double down on their annoying antics to no avail.

It couldn’t go on.

If you can’t bear to wait for the next instalment, buy the full book here for a reassuringly expensive £25. Otherwise, wait a few days for the next post.