[What follows is the full unedited text of the first half of the opening chapter. This should give you rascals a feel for my writing style and the story I go on to tell.]

It was January 2014. I was a bear tucked away in his cave, snoring contentedly on his bed of leaves, dreaming pots of delicious honey. The excitement of the prior year was over, but I felt travel fatigue deep in my bones. I’d been pushing myself hard for five years, climbing aboard the emotional roller-coaster week after week. Periods of respite were short. I was so determined to improve and so addicted to the unpredictable work-reward pay-off profile that I floated many consecutive adrenal highs and suffered an equal number of crashes. Like the Federal Reserve trying to re-blow the next economic bubble with additional injections of monetary stimulus, I was re-injecting myself with more trips, more sets, and more sex. The inevitable comedown was building as ominously as the Fed’s balance sheet. The process needed to unwind and it might get messy.

The first real tremors came in November 2013. I found myself resentful of hitting the streets and couldn’t muster any interest in fucking my regular girls. I’d drop off in the middle of Facebook chats. Girls would send me titty photos on WhatsApp and I’d not even acknowledge them.

My mojo was gone.

Rather than fight it, I decided to hole up and accept it for what it was – daygame revulsion. I’d over-eaten from the buffet of younger-hotter-tighter. Time to concentrate on something else.

There’s a tension between chasing women and accomplishing other things in life. For all their seductive pleasures, women are dream-killers. So long as there’s a sniff of hot pussy wafting along the air, I’m off like a hunting dog catching a scent. I couldn’t multi-task this area of my life. Instead I decided to just segment them – some weeks I’d go out chasing women, other weeks I’d shut myself in and try my level best to ignore them.

Throughout 2013 I’d felt the tug of dissatisfaction from overdosing on the skirt-chasing and letting everything else decay. I wanted to produce something great and spend guilt-free time indulging my hobbies. So, I was going to write a book and catch up on my video-gaming. I had a plan for winter and no girls in this tree house!

Initially I was going to lock myself in a cabin in the Lake District. A few years earlier I’d watched Johnny Depp play a reclusive writer in Secret Window. I didn’t much care for the plot, the scares, or the slow descent into madness. But I did visualise myself in his position – a crackling log fire set inside a stone mantelpiece, thick fluffy cushion on the sofa, frost along the windows, and a view over forests and mountains. Give me that – total isolation. 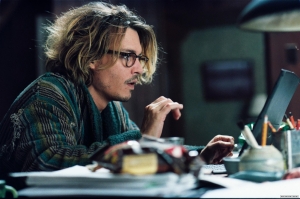 Ideally there’d be no internet connection. No bloggers, no movies, no UFC pay-per-views. Just me, my laptop, a coffee machine, and a PlayStation 3. Within a week of idle speculation I’d already made a list of games to complete. I even considered buying an old Nintendo GameCube because I regretted never finishing Super Mario Sunshine.

As it turned out, I underestimated my fatigue. Boarding a train to the Lakes was too much fuck about. Instead I feathered my nest in Hampstead, London and slid comfortably into a rut. I began working hard on Daygame Mastery, the first book I’d written since Daygame Nitro back in May 2011.

Nitro was rather scrappy and rushed, but it gained me some fleeting notoriety. It was the London Daygame Model (LDM) that everyone was using, and I’d finally gotten it down on paper. At that point I’d only been getting laid regularly from daygame for eight or nine months, which meant a lot of the content was aspirational rather than ruthlessly efficient, well drilled and well practised. I knew it was conceptually solid, but my ability to implement it was still inconsistent. Fortunately it stood the test of time.

I’d been avoiding a new book for quite some time. Once I pull the trigger on a project, I’m damned to finish it – come what may. That’s both my greatest strength and greatest weakness. I don’t make a promise I can’t keep, either to myself or others, making me hugely reluctant to commit to any great project. I’d frittered away months indecisively, but as my hibernation beckoned I ran out of excuses.

I was living in a converted church building with fifteen other people. It was a cavernous abode, one of those horror movie houses where the heroine runs screaming from room to room for twenty minutes and still doesn’t exhaust all the available hiding places. The main corridor was like a wing of The Shining, vanishing into the distant mists. I half expected to hear the rattling of a little toddler racing around on his tricycle. Just last night I was playing the game Amnesia: A Machine For Pigs in which your character wakes up in a creepy 1899 Victorian mansion suffering memory loss. You must wander the empty halls with endless rows of locked doors, gradually descending into the basement depths where an underground factory manufactures strange violent pig-men.

That’s how I felt every morning, waking up at 10am after the whole house had gone to work.

We each had two adjoining private rooms, which made it easy to remain undisturbed. It also helped that while I knew a couple of the tenants from the previous place, most of them were randomers. There was a creepy Spanish guy who rode his little-wheeled bicycle everywhere, had the muscularity of a vegan, and who I only ever saw when he was eating the same breakfast cereal every night at 11pm on the dot. He briefly had an equally weird girlfriend but she didn’t stay long. Further down the corridor was a worn-out old media girl who was twenty-eight going on forty. A couple of times I bumped into her going to the shared shower rooms when she hadn’t painted her face on. Jesus! She certainly didn’t help the horror movie vibe. There was a pretty-faced but fat-arsed young black chick who had Tinder-dated her way up to a sheepish white guy. A few doors along was a shrewish thirty-year old Dutch cunt who bullied her toy boy lover and had moved her mother into the room next door to double-team him with earache.

On the plus side, Johnny Wisdom made the move with us, too, although sightings of him were becoming increasing rare. John Bodi was down at the opposite end of the house – still probably closer to me than he’d like. I’d burrowed my way into an annex building hidden behind a solitary door and winding corridor. Hardly any of the other tenants ventured through, so I had my own kitchen, toilet and lounge. All I missed was the log fire and stone mantelpiece.

I quickly settled into a routine.

I’d wake up at 10:00am. Splintered rays of sun would peek through the gaps in my blackout curtains, finding me cocooned in the accumulated warmth of eight hours under a duvet. Everywhere was deathly quiet. Even though I was in a busy Hampstead suburb, the church had a vast tree-lined garden that backed onto our neighbour’s equally vast gardens, completely cutting off all big city sounds. Usually the neighbour’s dog woke me, barking contentedly as he chewed on a pair of leather boots. I’d stretch an arm out and pull the curtains apart to gaze out and see the tops of all those trees, framed in a clear blue sky. Absolute bliss. 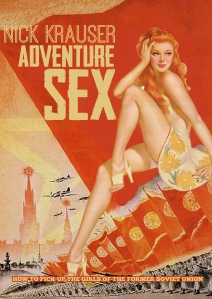