I’m a fan of snappy dialogue. It’s why I used to read Elmore Leonard adventure stories even though they were incredibly predictable – he was a master of snappy talk. It’s a reason why I try to memorise all the one-liners in Raymond Chandler stories so I can appropriate them for myself on dates. Erle Stanley Gardner is another great writer of such scenes and it was his whip-smart back-and-forths which drew my attention in The Case Of The Velvet Claws, the first in his long-running Perry Mason stories, written in 1933.

Who is Perry Mason, you ask?

He’s a defence attorney in Los Angeles who takes clients in deep trouble, and rather than wait for trial, he goes out like a hardboiled detective and fixes things on the streets. Aside from the sheer quality of Gardner’s writing, the main thing separating Mason stories from all the other hardboiled books is how legally smart it is. Mason will cut corners and run bluffs to give his client an edge, but he won’t break the law. These stories gain an extra sparkle knowing Mason must beat his adversaries while remaining within the tight constraints of the law. For example, midway through The Case Of The Velvet Claws, Mason’s client – a scheming blonde bombshell – comes across her husband shot dead in his bathroom. The easy fix is to hide the gun before the cops arrive but Mason refuses to let her do so. His lawyer’s mind (and ethics) send his mind running for a different fix.

Anyhow, let’s get to the dialogue. I like Gardner because he writes straight-talking dialogue. One thing that never fails to get my goat is scenes in movies and books where two hard-ass professional criminals will talk around a subject. For example, imagine a Mafia capo arranging with his trigger-man to murder a witness. I imagine it would go something like this:

Capo: You know that loud-mouth Mr Brooks? We don’t want him on the witness stand.
Trigger: Shall I kill him, boss?
Capo: Yeah, kill him. Then take the body to a Fat Tony’s construction site and have it buried in the concrete foundations.

I know from my time in The City that businessmen talk very clearly, specifically, and directly to each other when trying to get things done. I’d imagine successful managers of a criminal enterprise would be equally to the point. But how many times have we seen this next type of dialogue?

Capo: That loud-mouth witness is gonna squawk. I’d like him taken care of.
Trigger: Taken care of, boss?
Capo: Let’s just say, when the trial starts I want the DA to be surprised at the no-show of his star witness.

Few things annoy me so much as the “let’s just say…..” reply to when a character is asked a question. I can’t imagine serious people saying that. When your mate’s round is up next at the pub and he asks you what you want to drink, do you reply, “let’s just say I’d like a cold refresher in a glass, capeesh?” [1] Both books and movies will often present tense scenes of antagonism between characters in which one tries to get information, and the other uses such evasions and somehow the questioner just accepts the obfuscation.

Ridiculous. I don’t mean scenes like the Reservoir Dogs or Pulp Fiction banter above. I mean when one character evades answering through silly “let’s just say….” nonsense and gets away with it.

In the Gardner books much of how Perry Mason’s strong frame and tenacity is expressed is through other characters attempting to evade getting pinned down into talking plainly, and then Mason forces them to indeed talk plainly. There’s something refreshing about plain-talk [2]. Here are some examples.

Gardner has a lead on a Mr Belter, the shadowy owner of Spicy Bits tattle rag and has driven up to his large mansion to force an interview. He’s been let in by the butler and stands in the hallway waiting.

The butler stepped into the room, and said: “I beg your pardon, but Mr Belter doesn’t seem to know you. Could you tell me what it was you wanted to see him about?”
Mason looked at the man’s eyes, and said, shortly, “No.”
The butler waited a moment, thinking that Mason might add to the comment, then, as nothing was said, turned and went back up the stairs. This time he was gone three of four minutes. When he returned, his face was wooden.
“Please step this way,” he said. “Mr. Belter will see you.”

That may not seem much but I think it’s excellent efficient characterisation. It establishes that Mason is a determined man, not given to over-talking, can read his adversary’s mind, and knows how to press a winning hand. Later that afternoon his client comes to visit and she is still hiding something:

Mason held her eyes with his.
“What,” he insisted, “do you know about Frank Locke?” [the Spicy Bits editor]
She shuddered and dropped her eyes. After an interval, she said, in a tired tone: “Nothing.”
Mason said, impatiently: “Every time you come here, you lie to me. You’re one of those baby-faced little liars that always manage to get by by deceit. Just because you’re beautiful, you’ve managed to get by with it. You’ve deceived every man that ever loved you, every man you ever loved. Now you’re in trouble, and you’re deceiving me.”
She stared at him with blazing indignation, either natural or assumed.
“You’ve no right to talk to me that way!”
“The hell I haven’t,” said Mason, grimly.
They stared at each other for a second or two.
“It was something down South,” she said, meekly…..

This first volume sets out all the tropes that would become fixtures in the Perry Mason series (I’ve read about a dozen). The sassy interplay between him and his efficient secretary Della Street who is always smart enough to outwit the flatfoots to run an off-the-books errand, the calls to his private eye Paul Drake and Mason always needs the results quick. Mason will always appear to get himself ensnared in his client’s problems such that he must go on the lam for a few days and talk to Della in code over the phone, and then usually the big reveal comes in the courtroom when he’s defending the client. 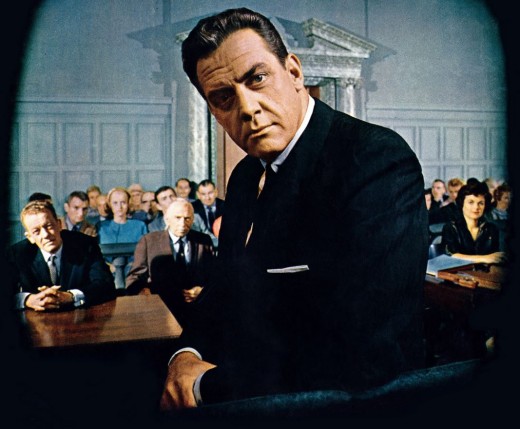 Ends in the courtroom

It’s also obvious Gardner was new to the series and to writing generally, because the first chapter is horrific in its wooden exposition. Look how bad these opening lines are:

Autumn sun beat against the window.

Perry Mason sat at the big desk. There was about him the attitude of one who is waiting. His face in repose was like the face of a chess player who is studying the board. That face seldom changed expression. Only the eyes changed expression. He gave the impression of being a thinker and a fighter, a man who could work with infinite patience to jockey an adversary into just the right position, and then finish him with one terrific punch.

That’s actually an accurate introduction to how Mason works his cases, but it’s awful writing. Later books kick off with far more flair. Anyway, Gardner eases into this book by chapter three and by then the writing is drastically improved.

If you’d like snappy dialogue and sassy characters, you’ll probably like my memoirs. Look at all my products on this page.

[1] Maybe you do. If so, never ever introduce yourself to me.
[2] Writing it now, it reminds me why I despise RSD so much. They are constantly obfuscating and equivocating on topics that require straight answers.