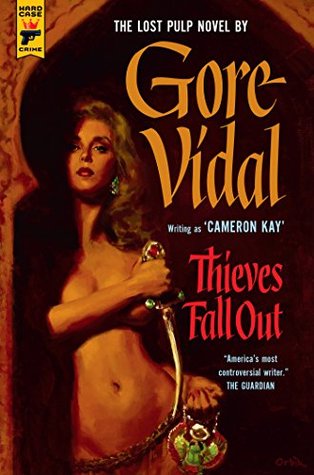 We are led to believe, in this modern politically correct age, that noticing patterns is ‘prejudice’ and facts are ‘hateful’. I think both the Left and Right would agree that discrimination is everywhere, but they disagree on what the word means.

To the Left, discrimination is a bad thing. It means you are treating people unfairly according to some correlation you’ve noticed that one thing tends to go with another: scheming Jew, cheating Turk, gay Arab, goat-fucking Muslim, depraved Leftist, child-molesting Faggot and so on.

To the Right, discrimination is a good thing. It means you can capably discern patterns in the world and then form predictions and modes of action which will tend to lead to favourable outcomes. Don’t let Jews run your banks or they’ll swindle you. Don’t trust a Turk vendor to give you a fair price, and certainly don’t let your kids anywhere near faggots.

Discrimination is risk-assessment. It’s good judgement. It’s why Poland hasn’t had any Muslim terror attacks whereas London is second only to Karachi as the acid-throwing capital of the world.

I mention this because Gore Vidal’s Thieves Fall Out, written in 1953 and based in Egypt around the time of revolution the prior year, is chock full of stereotypes and associations that seem an awful lot like common sense to me but would shock a spaghetti-armed soyboy. It reminded me of one of my first client jobs in 1998 when I was an apprentice at a big London financial company.

The client ran huge public works projects in North Africa, such as building hydro-electric dams and hundreds of miles of pipelines. They’d contract with such governments then assemble teams, plans, and supervise on-site work. Quite a big business. Two things were particularly notable when I was looking through the expense account of a couple of projects in Egypt. I went in to a project managers office to ask him about it:

“These are two lines that seem abnormally large: hotel penalties, and sundry regulatory fees. Can you explain them?”

The manager, a big Ghanian who looked like Ike Ibeabuchi and laughed heartily like Brian Blessed did indeed explain. “It is always the same with Egyptians. They come to London for business trips and then smash the hotel rooms, so we pay for the repair. The other thing is bribes to local government and police.”

Just missing the knife in the ribs

Thieves Fall Out presents Cairo, and later Luxor, as disgusting shitholes boiling under a scorching sun while the filth-strewn streets are thronged by beggars and murderers. Every white man has a target on his back. The story opens when an American sailor – admittedly a chancer – called Peter Wells wakes up in a brothel having been drugged and robbed the night before [1]. Broke and alone, he stumbles to a local ex-pat’s hotel bar and tries to scare up a hustle. He falls in with smugglers who hire him to convey a valuable relic out of the country for an illicit art sale. From there it’s a standard hard-boiled story where everyone is on the make, nobody tells the truth, and every broad is a sassy gal who knows how to shuck her hips to make a grown man whimper.

So much, so typical of the genre.

What stands out is the setting. It’s common to read hardboiled stories set in the back alleys of Los Angeles and long drives in a Cadillac out to the Hollywood hills or the vineyards and alfalfa fields in the north. Equally popular a setting are the tenements of New York with their tough Irish bartenders and wise-cracking Harlem pimps. It’s quite refreshing to have a cast of the aforementioned scheming Jews, cheating Turks, and gay Arabs (literally this story has all three).

Mind you, the white ex-pats he falls in with are a gang of rogues too. Still, at least when he’s in their hotels he’s quite safe. Later when he crosses the Nile outside Luxor with a guide they are set upon by three Arab bandits who try to castrate him just because. Once the uprising in Cairo hits full swing he witnesses a mob surround and decapitate four unarmed soldiers.

It’s not like the fist-fights and occasional knifing in LA and NYC stories.

This one is more one-sided than usual

Aside from the themes, the other point of note in this book is how short and simple Vidal’s sentences are. His prose isn’t at all flowery and the simplicity of it, his discipline in not putting on any literary airs and graces, is refreshing. Here’s an early example:

“A flood of abuse made him dizzy. Her hands opened and shut convulsively as she shouted at him, her black eyes large and brilliant. He edged towards the door. She put herself between him and the door, her hands clutching now at his clothes. He shoved her away. This was a mistake, for she immediately yelled for help. Help came in the form of five women of different age, weight, and beauty, but all sharing the same profession and dressed in similar loose robes, all shouting as they crowded about him on the rickety stairs outside the room.”

Actually, now that I write that I realise why this book appealed to me so much. It reminded me of my recent holiday in Thailand.

If you’d like to know just what I got up to in Thailand and how it makes Peter Wells’ adventures seem dull in comparison, keep your peepers glued to this site as I will make an announcement sometime soon.

[1] Remarkably similar to Alan Caillou’s book I reviewed here which starts the same way and is also set in the same Egyptian uprising. Funny that.