I was reading a blogpost yesterday from a guy deconstructing my 2013 daygame stats. He’s a Game dabbler but it’s a pretty interesting blog for a window onto modern London life around Covent Garden. Anyway, one of his contentions is that daygame has an extremely high cost-per-lay once you include the opportunity cost of not going to the office because you’re on the streets.

I immediately thought that was a weird wrong-headed comparison. Now, this guy was just musing and throwing ideas out there. I’d be surprised if it’s a position he’d actually wish to defend in serious debate, but it did get me thinking. His argument goes as follows:

Day Game is a whole other thing. If you do it systematically, it’s financially horrible. The hidden cost here is that Krauser’s spare time is not free: he’s an IT contractor in Financial Services and those guys make upwards of £400 a day. He could be earning six figures annually, but chooses not to. It’s a rare contractor who works all twelve months a year: let’s assume he could work six months a year. If I’ve followed his year right, he’s done a three month earning stint in 2013. In nine months he gets thirty lays, so in six he gets twenty. The extra ten notches are the benefit of his chosen lifestyle. The extra ten notches cost around £25,000 in lost post-tax income. That’s £2,500 a notch. Yikes! And those notches are almost all one-time: all those girls who are “on their last night in London”?

Summarised with this advice:

Good-quality escorts go out for £250+ an hour. That’s the benchmark. Pay more than that per lay and you need to re-examine your choices

The natural conclusion is that we should all bang whores. I’m pretty sure you know instinctively that’s wrong. Let’s explore why.

Within the statistics community they talk about how reading a stat only really tells you that somebody counted something somewhere. It’s a human process. Some phenomena lend themselves readily to interval data (e.g. height, weight) while others are more problematic. For example, what is the “biggest” video game in the world?

Before you start measuring something you have to decide what is important to measure. What are you actually trying to find out? Only then do you get into the next problem of how to measure it. To continue the video game example, let’s say by “biggest” what you really mean is “which game makes the most money?” So now you need to make judgements about what money is counted – is it physical copies sold? Is it “seats” per online distribution? Is it recurring monthly subscriptions and in-game purchases? How you count it determines if you end up with Call of Duty or World of Warcraft.

Note I’m not saying statistics are meaningless. I’m saying they aren’t simply “fact”. They tell you something, but you have to know how they were collected and they need to be interpreted. So let’s return to Game laying an additional piece of groundwork.

Per the scripture of Tomassi, there are two types of sex: transactional and validational. A girl fucks you either as a tool to extract something from you (money, fame, access to a lifestyle etc) or for the sheer joy of the act. At the extreme transactional end is prostitution, at the extreme validational end is burning love. Most men most of the time get sex that is weighted towards transactional, but are instinctively dissatisfied with it. Men want to be desired and loved for who they are, not as a means to an end.

And this gets us to why cost-per-lay is pretty meaningless. At worst, it’s a smoke screen for a monger to fudge his way into claiming to be equal to a player. Economists and accountants know all about “externalised costs”. That means excluding costs from a calculation so as to make the transaction appear more profitable. Say for example you spend about £100 every time you go clubbing and you get laid approximately once every four nights (which is pretty damn good work). That’s £400 per lay. But what costs have you externalised?

Those lays might cost you a lot more than £400. But then again, maybe you really enjoy nightclubs and have a blast every time you go. That £400 is buying you a ton of fun experiences in addition to the actual lay, so shouldn’t you be costing some of the money to a different activity (the cost of having fun on a Friday night) rather than the cost-per-lay? Perhaps you’ve also externalised some “income” too and that while clubbing you get such a good vibe that you make great male friends. Can’t you also apply that to the calculation?

Now let’s get into the quality of girl. In a cost-per-lay calculation there are two sides: the cost and the reward. There are all different accounting treatments to apply to the cost (as noted above) and the same concerns apply to the lay itself. Is an annoying fat slut as satisfying to bang as a virginal Russian catwalk model? McDonalds will always beat Byron Burger in a cost-per-burger but is that really the correct calculation? Remember the whole purpose of collecting a statistic: you aren’t really trying to measure the burgers, they are just a proxy in your attempt to capture a rather more nebulous concept – human satisfaction at an action. 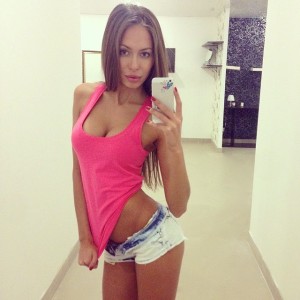 This is one of the central insights in the Austrian theory of economics. Value is not contained within the “thing”. Value is a subjective calculation carried out in the mind of the consumer of the thing. Much the same applies to the valuation placed upon the costs – most of Game’s costs are in effort and emotion, not cash, and thus they are not amendable to simple interval measurement.

So let’s pull this together into comparing daygame with whoring. Here’s a crude rundown of the cost-per-lay

It’s foolish to ignore the intangibles in daygame. To return to the initial quoted costing, I don’t want to work in an office. I do the minimum necessary to fund my lifestyle and even if I wasn’t doing daygame I wouldn’t go back into the office to maximise my income – I’d just read a book, or play a video game. My decision to not earn as much as possible is not an opportunity cost of daygame (as the earlier quote) because it was motivated by something different entirely. I happen to enjoy daygame. When I’m “on” I hit a flow state which simply can’t be bought. Flow must be earned whether by daygame, sparring, climbing a mountain, sledging with huskies or whatever else it is that lets you temporarily grasp its blissful absorption.

Once you have made the jump from primarily-transactional to primarily-validational sex you have completely changed the nature of the interaction, and with it your whole view of life. Banging whores rots your soul. You know they are rotten and you know you haven’t achieved a damn thing by poking your dick into their diseased orifices. Banging younger-hotter-tighter is uplifting. It makes the sun shine almost every day as you achieve something so special as to be akin to street magic.

Cost-per-lay and it’s bedfellow notch-count are infantile measures. It’s like comparing a golf score without including the handicap. Those stats do tell you something, especially if you make an effort to render constant all other variables, but when you hear them bandied around the internet you’re probably just witnessing a combination of ego-shrimping* and barrel-stepping* from internet blow-hards, or a series of meta-weasels so the writer can reconcile himself to not cold approaching.

* terms to be defined later, see if you can guess.