My second day of daygame is going pretty well and on one narrow strip outside a shopping mall I take three solid numbers in about fifteen minutes. The pick of the bunch is an extremely leggy brunette with shoulder-length mousey hair and elegant retro fashion. I do a strong stop teasing her for being flamingo-like in her walk and for the whole five minutes she’s cooing and giggling, utterly thrilled to be there. We swap numbers and facebook then she tells me she’ll be on a business trip to St Petersburg for a few days but yes we should have a drink when she returns.

An easy go-to for long-legged girls

That Saturday night we meet up in a whiskey and cigar bar. It’s busy so I take a bar stool which turns out to be a great move. I can face the barman when doing mild takeaways, giving her my shoulder and lazily running my eyes over the whiskey bottles racked against the wall mirror. The position also lets me test kino by touching my leg against hers, putting my foot on her stool footrest and easy upper body touching. So now as a general rule I think I’ll do barstools or standing up in bars on first dates. Everything is easier without the barrier of a table.

For half an hour I run my usual patter dropping in DHVs on travel, lifestyle and funny lame-to-fame stories (mine include two members of the Rolling Stones apologising to me, almost having a fight with the reigning sumo champ in Tokyo, and using the same urinal as the football captain of England – all true). Her eyes are spazzing, she’s fiddling with her drink, hair twirling. It’s all there. This girl really fancies me. Unfortunately she has a cold. A high value man would not risk catching a cold just to kiss a girl. So my escalation flips over into eye contact and verbals only. She’s on my arm as we walk down the street and everyone is staring. She looks just like Julia Roberts. Properly like her. Same endless legs, long arms, huge smile, eyes. She’s tarted up in a green sleeveless cocktail dress and nice jewellry. Stunning, an archetypal greyhound. The only problem is her age – at 31 her skin is losing its vibrance. 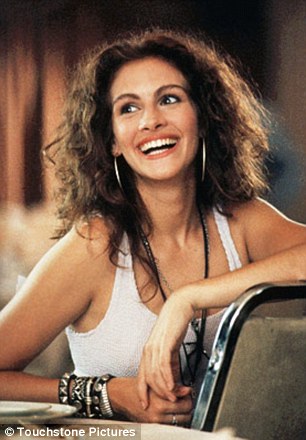 But not a whore

At the second bar we are sitting across a table and now enter some strange territory. I can’t physically escalate but I want to make my move so…. what to do? On this trip I’ve really upped the radical honesty and explicitly refering to the subtext of the situation. So for example I’ve frequently said to girls on the street things like “Do you have a boyfriend?” and “I’m talking to you as a man, because as a woman you are pretty” etc. I suggest the questions game to this girl as follows:

Ok, let’s play a question game. We’ll take turns asking questions. You can ask me anything at all. I won’t get angry and I’ll tell you the absolute truth. Make them difficult questions. Think what you want to know about me.

We ping pong for over half an hour. I’m asking how old she was when she first kissed a boy, the most unusual place she had sex, what she looks for in a man, what she likes about me. We get into deeper and deeper rapport and she’s getting turned on. I can see it in her eyes. I strongly recommend this game but you must really be truthful. For example she asked what I want from her so I replied “I’m not looking for anything serious. I find you sexually attractive and you have exactly the mix of height, class and introversion that I most like in a woman.”

Then a switch is flipped. It’s like she goes into a trance and barely speaks. We are just sitting across the table staring into each other’s eyes. There’s so many things going on at different levels and at different times. Sometimes its a shit test to see if I’ll drop eye contact or break the sexual tension with an offhand comment. Other times it’s hypnotic scanning to read my identity. Still other times she’s thinking hard about what she wants. For my part I keep shifting the thoughts I project. Sometimes I eyefuck her and visualise how she’ll look naked on my bed while I fuck her. Other times I soften up and invite her to read me. I also challenge a little by projecting “I can play this game better than you, woman. Every moment you stare you are falling into my trap.”

She loves it. Electricity crackles. Finally she breaks and talks.

I ask her what she reads in me and her response is surprisingly accurate. She says I don’t seem happy so I flesh it out a bit and say I’m happy because I’m living exactly the life I choose but I’m not satisfied because some of the things I want are impossible without trade-offs I refuse to make. She asks if I trust women and I say yes and no. On the one hand they can’t be trusted like men to be true to their word or to follow a code of morality but on the other hand I can trust them like I trust a dog, or a chair – I can trust them to follow their nature so by understanding that and holding them to those expectations I am never disappointed. Radical honesty. It melts her.

She asks what I read in her. I say something to the effect of:

Me: You are fascinated by me. You find me attractive and very interesting, like no man you’ve met before. You’ve realised that we are not compatible in the long term but you are curious how it would be to have sex with me. So right now you are trying to decide whether to come home with me and have sex, or to go home and sleep.

Her: Yes, that’s about right.

After we get the bill she goes home saying she just doesn’t feel well. We agree to meet again when she’s recovered. A bit of texting back and forth establishes that she spent all of Sunday in bed and by Monday feels good. So we meet again in a cafe bar near my apartment. She’s dolled up great again and her heels put her several inches above me. More heads turn. I look at her clothes and manner and it feels on. 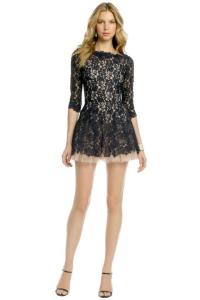 This sort of figure

I get a lucky break because the cafe is closing at 10pm (it’s 9:20 when we meet) due to a private event. So we have a drink, I keep fairly solid without too much pull and then towards ten I suggest a wine at my place.

Her: You know I still haven’t decided.

Me: That’s no problem. We’ll just have a drink and listen to music.

So I lead her back and I know its a done deal. Up the stairs, shoes off, music on. Wine poured. Within five minutes she’s lying on my sofa with her tongue down my throat. The escalation is fast. Five minutes later she’s naked on my bed. Zero LMR. It’s an earth-shattering fuck. She’s screaming, climbing the walls, eyes popping out, scratching. I do her in the shower, on the floor and do a one-man DP that has her gasping in shocked ecstasy “what are you doing to me?”. During a break she’s just gazing at me, chin rested on her hands, massive smile that says “I can’t believe how lucky I am. Is it even possible for sex to be this good.” I tell her “Now you know why I’m so confident.”