I try to be an easy-going chap, holding my frame and my positive mood above all the life’s little attempts to chip away and drag it down. Life is a constant struggle of maintaining order against the / / third* law of thermodynamics that leads to atrophy and chaos. Writ large in society barbarism is natural. Civilisation is but a whim of circumstance and in the end barbarism always wins. In microcosm your personal life is a never-ending struggle to maintain standards against constant woppery and inertia. So when I’m walking through a crowded underground platform in rush hour I don’t let the grey misery of my fellow man pull me down. When a train is two minutes late I don’t mutter and curse. If I get caught in the rain on my walk home I just hold my head high and enjoy the refreshing drizzle. Happiness is an internal state that (barring extreme outside intervention) is entirely within your control. 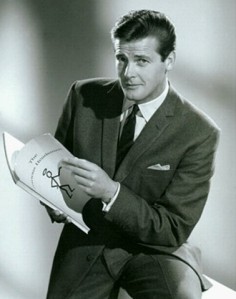 But some things annoy the fuck out of me. Today it’s the Guru-Acolyte dynamic.
.
Men are social animals designed to fit into hierarchies. The sorting princple in the Excel spreadsheet of life can be column A (expertise), column F (power), column G (social status), column Z (age) or whatever. Yes, I just made that up. The point is we have an innate need to serve a higher cause and an innate coping strategy of slotting into our position in the hierarchy to faciliate the smooth operation of the social machine. A big part of taking the Red Pill is recognising a different position entitles you to different rewards and then wrenching yourself out of the structure for reinsertion at a higher point (or for sigmas, permament outsider status). Beginning from childhood you look up to the older kids and accept instruction from them. Nothing wrong there, social conditioning is an effective shortcut to learning and if the older boys avoid Mad Norman’s back garden because he shoots his air rifle at pesky kids then you are better off listening to them rather than risk a few pellets in the torso by going it alone. It’s natural to look up to the guy in your office who is more experienced than you. He has knowledge, you want it.

Like many natural and useful social conventions this one can mess you up and in the self-development community we have gurus. Consider a normal path in Game.
.
A guy learns about community. Before long he becomes aware of the big names (Mystery, AFC Adam, David DeAngelo, Vince Kelvin etc) but lacks the judgement and experience to make his own assessment of who to listen to. So he timidly agrees with community consensus and buys the usual material, learns the familiar tropes of the community. Chances are he’s in a bit of a vulnerable way when he entered the community so he’s a bit of a sucker for the charlatans selling impossible dreams on one side and the denialist haters on the other. A rudderless ship. Eventually he’ll find some way of reaching a decision to discriminate between ideas and then likely decide to follow one particular guy for a while.
.
Oh dear. The guru trap.
.
It’s an irony of expertise is that by the time you’ve figured out which expert to listen to you’ve already learned enough that you needn’t bother. Life is full of wannabe gurus seeking to vacuum money, attention and validation out of unsuspecting acolytes. Each side to this co-dependence has their own goals. The acolyte is ostensibly seeking knowledge but emotionally is seeking reassurance and approval. Striking out on your own outside your comfort zone is a lonely job, a foreboding wander through desolate lands as you seek meaning, direction and nourishment for the soul. It’s far easier to turn back to your warm bed in that comfortable spot in the matrix you already know and love. So the acolyte attaches himself to a guru who fulfills his emotional needs without forcing him to recognise the ego trap he just set himself. The guru gets his own ego payoff. He thinks he’s near the end of his journey but hasn’t really filled that empty hole inside, which he believes he ought to have filled by now. Ostensibly he’s found his zen inner peace but emotionally he’s fraught with doubt. So the guru procures acolytes who will mirror his idealised self image of how awesome he is without forcing him to turn inward and confront his own doubts. Another ego trap.

The PUA industry is set up to reinforce this mentality. A wannabe guru can widely advertise his skills and while remaining coy about details and evidence he can lure in the acolytes. Watch for it when at a bootcamp. The guru will stand infield like the Pied Piper with a phalanx of little pushovers around him waiting expectantly for leadership. The same little pushovers will approach coach for him and big up about how much he’s changed their lives and how awesome he is (just like in traditional martial arts all the senior grades gush about sensei being the toughest guy in the world). These pushovers will invade forums to defend their guru’s honour against any slight. Consider forum hierarchies. There’s always a load of gushing pushovers struggling to elbow each other out of the way to win access to their guru’s attention. They’ll reference him in their field reports, giggle excitedly when he posts, and just generally supplicate in a sickening manner.
.
Ugh.
.
Never put another man’s judgement above your own. If you go through life readily accepting other men as your betters then you’ve already lost. You’re another brick in the wall. By all means seek advice from men who are further down a road than yourself but the responsibility to assess their advice is yours and yours alone. Feel free to reject it. I’d happily seek out Roger Federer’s advice on how to play tennis, how to stay fit as a professional athlete, how to handle success or any one of a number of topics where he has proven success or (if failure) hard-won experience. But I won’t ask him how to street stop girls, and if he gives me retarded advice within his own field of expertise I’ll park it in the holding cell until I’m better able to assess it. I won’t be downloading my opinions from him. By all means seek out mentors, or if you’re an expert wishing to pass on knowledge find yourself a protege. But never surrender your own responsibility for thinking. And never seek another man to surrender his.
.
* I haven’t a bastard clue which one it is