There is a quiet war ravaging our world beneath our noses, a war most sense but cannot put into words. On one side are the men and women of greatness, of a commitment to truth, reality and excellence. The men and women who lead lives like beacons of hope, who inspire you with the belief that you too can be great, that life can be everything you hoped it would be. Set against them are the ragged collectivists, the cultural relativists who would drag everyone to the equality of the gutter rather than let a single soul shoot for the stars. The Guardian-reading, Islington-dwelling, Labour-voting, WholeFoods-shopping intellectual vandals who would have you believe there is no objective good. That Beethoven is no better than Britney Spears, that Alfred Hitchcock is no better than Ken Loach, Alexandre Dumas no better than Dan Brown. 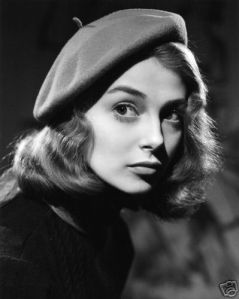 There are people who will deny greatness exists. They wish everyone to be equally miserable.

They do so to rationalise their own miserable existence. They have given up the challenge of life and it’s struggles and now wish to insulate themselves from the harsh feedback of the real world. They set up internet echo chambers to pat each other on the back as they snitch, sneer and snide on those who acheive.

One part of this war is to persuade you all women are tramps, harlots, and whores. They wish to denigrate the greatness of a fully-developed woman and the joy she brings to those around her. These losers are stuck in an ever-repeating cycle of find-slut-fuck-slut-hate-on-slut. The only way they can stand the soul-death it brings is to deny life can be better. These practical men will bullshit you down to their level.

Should you need a mast to cling to, a patch of dry land in a storm, return to this video. Female perfection exists, and this is what it looks like.