I’ve been getting let out at 4pm or earlier last week so I thought I coudl squeeze in some solid day game. I ended up dating a whole host of women.

Monday – Romanian volleyball player
It’s a day off and I trundle into Covent Garden. Scorching weather and I’m loving it. I’m over on Neal Street and I see a tall girl looking at a google maps printout while standing next to one of the charity elephant statues that are all over London. Cue situational opener: “Hey, I have to ask. Is that a map of elephants?” She laughs, tells me it’s actually for her new barmaid job she starts tomorrow. I comment that her accent sounds like one of the female assassins the KGB send after James Bond. I run rapport and then on the ten minute mark bounce her to a nearby cafe. She’s not especially hot but she’s tall, leggy and curvy. The instant date lasts about 90 minutes and it’s ok but too solid – I struggle to feel any sexual tension. I take her number and move on to other sets. 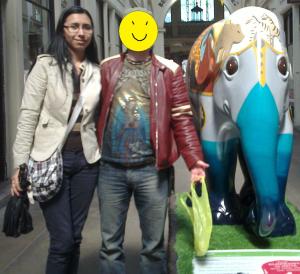 Tuesday – nothing
I’m out solo and for some reason I just can’t get going. Can’t remember the last time I failed to open a single set. I just didn’t feel like it and there were no girls hot enought to inspire me.

Wednesday – Finnish horserider
I’m walking along South Bank when a cute Polish girl goes by. I open and hook but she’s on her way to meet her boyfriend. As soon as she goes I see a leggy girl go by dressed like she’s come out the stables. It’s not actual equestrian dress but rather fashionable clothes that look remarkably like them. I open with “Hi. Where did you park your horse?” For the first five minutes she’s very flighty but then settles and I bounce her across Embankment bridge then a takeout coffee while we sit on the grass by Trafalgar Square. The rapport is excellent and she fully opens up to me but I can’t get the sexual tension going. I walk her along St James’ Park to feed the ducks, take her number and let her go.

Thursday – German artist
I’ve already done my sets for the day when I meet Suave as he is just starting. We’re chatting near Covent Garden when I see a cute little squarehead sitting on some steps drawing a picture of a building. I open asking what she’s drawing and she’s super friendly. I tease her for a while then bounce her to a nearby pub. After a pint we go on to a member’s bar. The conversation is great and she’s trying hard but she rebuffs all escalation, claming a boyfriend. I enjoy the date but its going nowhere.

Friday – nothing
I do some sets but nothing sticks until the last two, a cute Italian and a hipster Brazilian, but both have logistical problems.

Saturday – Romanian LTR
I haven’t seen my LTR for a few weeks since she came round to pick up her cardigan (that she’s left when she stormed out the house because she wanted to go to the park but I was busy fighting a three-headed hydra end of level boss in Ninja Blade and there’s no in-game save function). An AFC friend was having a BBQ so I thought I’d take her along. She drives across London to collect me then across the other side to the BBQ. It’s a fun afternoon and I take her to Epping Forrest for some jollies.

Sunday – Chinese maths student / Guyana sister
Suave and Wisdom are teaching a student so I roll up to help out. It’s a glorious day and I’m on fire. Just a fantastic vibe everywhere we go. About my fourth set I hook a timid little Chinese throwabout and I’m actually surprised when I successfully bounce her. These timid little kittens normally bolt. We sit in the piazza eating ice creams. She carelessly mentions a boyfriend but doesn’t seem to care much about him. After half an hour I take her number and send her packing.

On the evening I have my Day 3 with the little Guyanan minx. That goes great and I think I’m f-closing when we get the tube back to my place and buy a bottle of wine but she suddenly gets LMR outside my house. I’m not that fussed to push it so we go to a nearby pub where I verbally escalate on her then literally pick her up over my shoulder, spank her arse, and carry her to the local park for some making out. I finger fuck her to orgasm then send her on her way.

Monday – Aussie fashion girl
I’m headed along the South Bank expecting to do normal daygame when an old target rings up and invites me to a park. We meet up early afternoon in Camden and I walk her to Primrose Hill via a pub. There’s kino and banter from the off. I’d thought it was a dead end a month ago when suddenly I got the k-close. Then she got busy with a family trip and the attraction momentum died. Or so I thought. We have a great time and she is the absolute best arm candy I’ve ever had. She’s almost six foot, catwalk-leggy, and was wearing immodest short shorts and a flimsy top. As we walked through Camden with her clutching my arm literally every man was staring at her and suppressing envy of me. We spend a while chilling in the park and she’s stripped down to her bikini by now. There’s lots of flirting and I k-close her again. It’s a funny one for calibration. At no point did I feel I could push it further than where we were. A slow burn, I reckon. 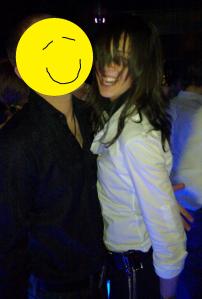